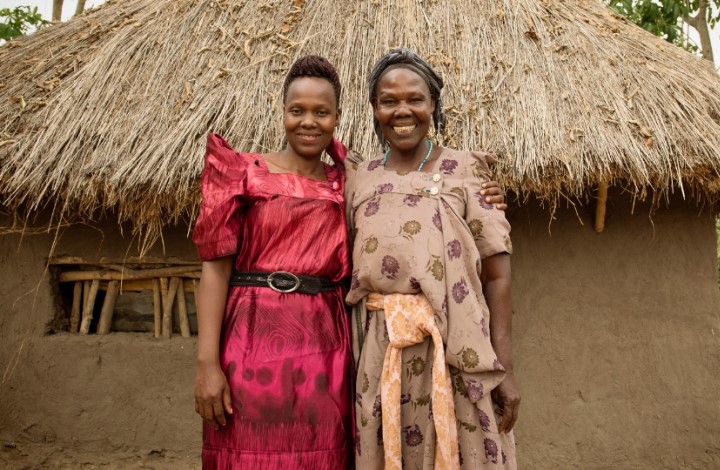 When Evelyn was 9, her mother wanted to send her to school, but the family couldn’t afford it.

“My mother knew going to school would make me a better person,” Evelyn says.

Then, they heard about child sponsorship through an organization called Plan International. If Evelyn was sponsored, they would have help to pay for school fees, and she would have access to health care. Evelyn’s mother was excited.

“She saw it as an opportunity to let me have a chance in life, bearing in mind the poor economic situation of my family,” Evelyn says.

Meanwhile, her father wasn’t so sure. Where they lived in Uganda, it was common to arrange a marriage for your daughter, in exchange for a dowry. They needed the money, and he wasn’t sure what child sponsorship involved.

But eventually, Evelyn’s parents agreed to enroll her as a sponsored child—and her life changed forever. With the help of her sponsor, she was able to attend the town school, and Plan built a health center and clean water sources in her community.

“It was amazing,” Evelyn says. “I was so happy to be in a town school, something I could never have hoped would happen to me.”

At school, Evelyn and her classmates, including other sponsored children, learned about children’s rights and received school supplies.

“Throughout school, my dream was to become a teacher,” Evelyn says. “Now, I am.”

Plan programs—supported by donors like you—helped Evelyn continue on to secondary school and get the training she needed to become a teacher.

Today, she teaches at a primary school.

“I’m a role model for the girls I teach,” Evelyn says.

She also has three children, and she’s teaching them to dream big, too. Her son Emmanuel, 9, wants to be a lawyer. Her 6-year-old daughter Joyce dreams of being a nurse. And her youngest, Elijah, wants to be a teacher, just like she is.

“How did I achieve my dream of becoming a teacher?” Evelyn says. “Because of my sponsor at Plan International.”

That’s how powerful your sponsorship can be. Evelyn’s sponsor didn’t just change her life, but also the lives of everyone in her community, including Evelyn’s students and her own children.

Every day, you’re making a difference. Thank you!