From motorcycles to rap: 4 inspiring moms around the world

No matter where you go in the world, mothers are doing extraordinary things every single day. Here are four stories from around the world that prove just that.

Phuc in Vietnam: A mother who turned a crisis into a good opportunity 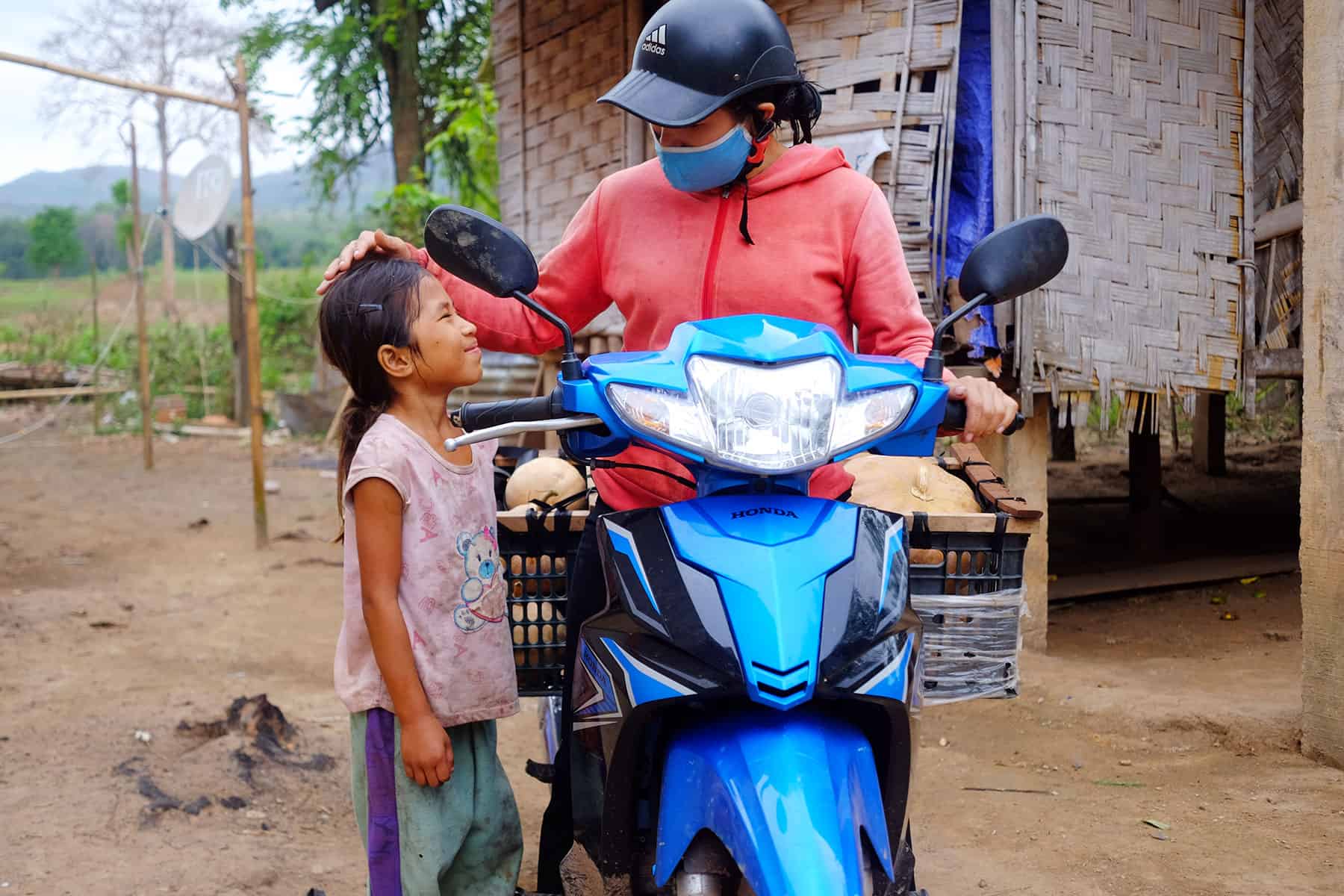 When the pandemic hit and Phuc could no longer cross the border to Laos to grow rice and bananas, she was left without an income. And that meant her family was in trouble. So, she did what any mother would do: She took matters into her own two hands. By getting on two wheels.

“My mother is a shipper!” Yen Nhi says proudly. “My father says that shippers help deliver food to those who need it.”

Shippers are what motorbike delivery drivers are called in Vietnam. During the pandemic, their deliveries became more important than ever.

Phuc turned a crisis into an opportunity. Noticing that local farmers couldn’t sell their crops during lockdown, Phuc launched a delivery service for all the nearby villages. She posts photos of the products on Facebook, takes the orders online and then delivers the items to the customer’s doorstep.

Phuc was prepared to be a business owner because she participated in Plan International’s training courses. She and her husband also were able to withdraw money from a savings account they’ve had with Plan for four years.

“During this difficult time, we have realized how important these savings can be for our family,” Phuc says.

Thanks to Phuc’s idea, everybody wins: Farmers are still in business, families can keep food on the table and Phuc earns a steady income (and brings home cake, which is her daughter’s favorite part of all this).

Alia in Jordan: A mother who is fighting for a more equal world for her children 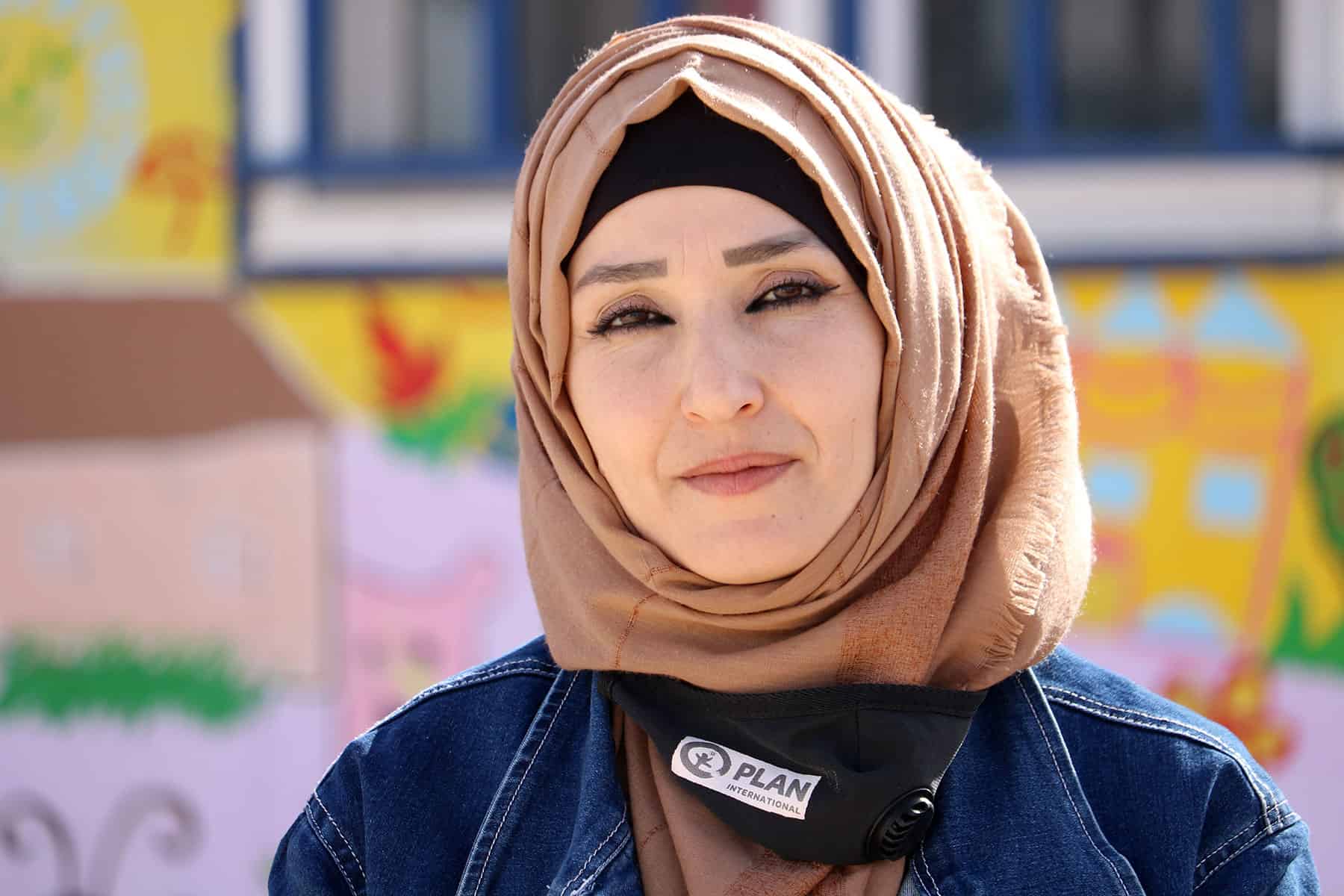 Alia survived a nightmare: being forced to flee your home with just the clothes on your back.

A former teacher, Alia escaped Syria and made the treacherous journey to the Jordanian border with her six children in tow. Homeless, and terrified, they at one point lived in an abandoned tent for three months until it caught on fire.

Now living in the Azraq refugee camp in Jordan, Alia is rebuilding her life. But she’s not only looking out for her own children — she’s fighting for all girls and women.

Alia joined the Plan team in the refugee camp and leads volunteers. She knows all too well the challenges and inequalities that girls and women face during emergencies. She wants to make sure girls understand their rights and don’t have to go through what she went through.

“I feel that I am making a difference,” Alia says. “Girls are now empowered and feel entitled to every bit of their rights. You can feel the confidence and energy that these girls have. It is inspiring.”

No doubt that the girls find Alia inspiring, too.

Mammy Simity in Sierra Leone: A mother who rebelled against tradition with her daughter 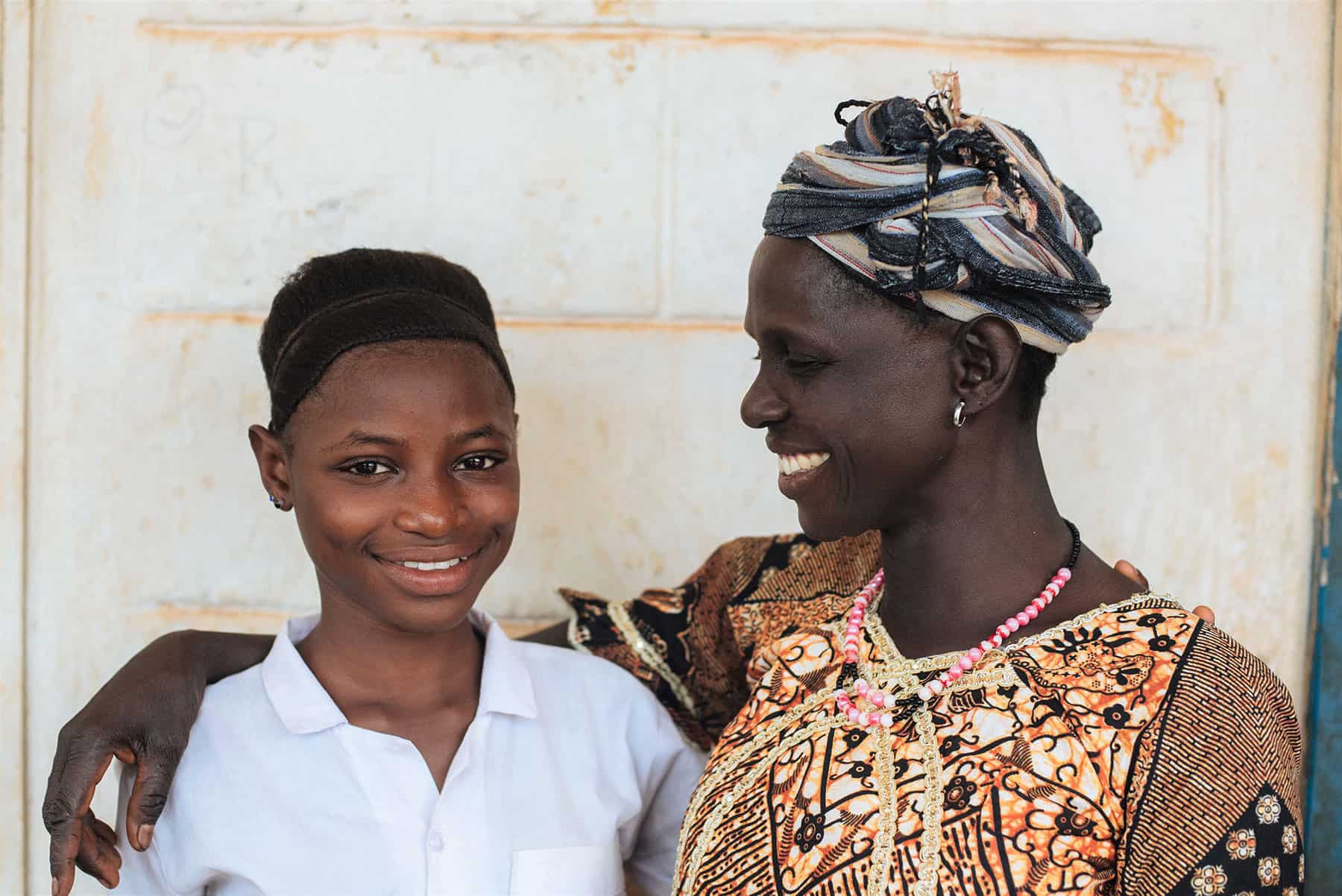 Mammy Simity is a “sowei” — a practitioner of female genital mutilation.

Well, she was a practitioner. She recently abandoned her practice thanks to her teenage daughter, Marie, who refused to be cut and became an outspoken advocate against it.

“I was cut myself when I was a child,” Mammy Simity explains. “Then I became a sowei after I had my first two children. To me, it felt like an honor, because I had been chosen by other women.”

Cutting girls is how Mammy Simity supported her family and sent her children to school. But when her daughter spoke up after learning about the tradition’s harmful (sometimes deadly) effects through a Plan program, Mammy Simity listened. And changed her mind.

“I feel really proud of my daughter,” she says. “I’m really happy with what she is doing. I think if more girls do what she is doing then it will be possible to eradicate the practice of FGM. I think that’s a good thing.”

Rejecting cultural traditions like this isn’t easy. But strong mothers like Mammy Simity are doing it every day.

Adriana in Colombia: A mother who is rapping against machismo 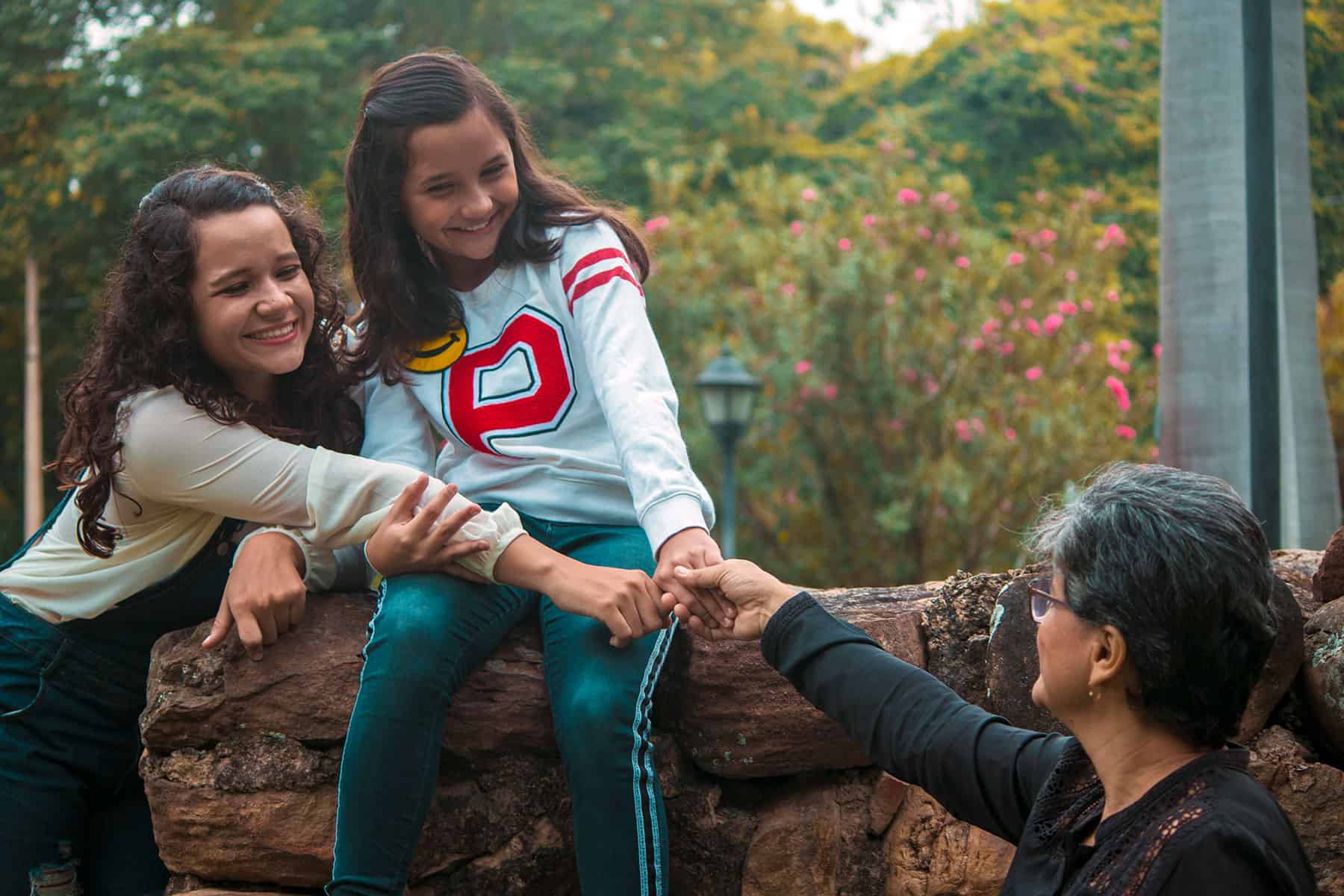 Adriana is not your average Colombian mamá.

She fights machismo and gender stereotypes with her two daughters. And the channel for their activism is not one you might expect.

Adriana, Estefania and Sara are La Siembra, a rap group. They perform and hold workshops, encouraging girls and women to believe in their own strength and reject gender-based violence.

“Being women of different generations and doing rap has not been easy,” Estefania says. “The genre is still led by men and many of us are not taken seriously. However, those who see us singing love and support us.”

Adriana knows how toxic the machismo culture can be — in her life she’s had to face it daily, even struggling with it right in her own home. But now through La Siembra, she’s teaching the next generation of women that their voices matter.