A Future Generation Without Excision 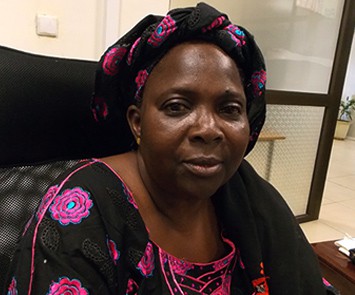 My mother told me often that “women have to suffer, women have to endure.” She would say, “You have to keep your mouths shut whatever the circumstance because a woman is the granary where all secrets are kept.” It was this way of thinking that my sisters and I, as so many other generations of women before us, grew up with.

I am from Mali, a Fulani woman of Diawando origin, just over 50 years old. In my family, the majority of girls (including myself) were excised and, in most cases by infibulation, the most severe form of Female Genital Mutilation (FGM).

We suffered – and continue to suffer – both in flesh and in spirit from the consequences of this practice. We thought the pain was normal; we were not supposed to express it, show it, or talk about it. This quiet misery is what our culture taught us, and we had to accept it.

A Lifetime of Suffering in Silence

I don’t remember how old I was when I was excised. Nor do I remember if I had any difficulties immediately after being excised. But I do remember going through puberty. I suffered a lot when I had my period; it was painful and I missed at least one or two days of school each month.

You have no idea the disappointment, terror, and pain a girl goes through on her wedding day when she realizes that, after been excised, she has to suffer another kind of surgery before the marriage can be consummated.

The process of infibulation creates a wall of skin and flesh across the vagina and the rest of the pubic area to render a girl sexually inactive. The connected tissue has to be cut with a knife before sexual intercourse can take place.

In most cases the intervention is done by a practitioner without any anesthesia and with poor respect for hygiene, often performed on the bathroom floor. It is only afterward that the girl is considered free and is expected to have her first sexual experience the same day.

There are no words to express the shame, fear, and agony a bride like this had to face. The only thing she could do was accept the situation.

However, all this torture is nothing compared to a woman’s experience of having her perineum stitched back together after giving birth.

Fighting against tradition In 2001, when Plan International Mali gave me the opportunity to coordinate a project to fight FGM, I knew immediately that my own family would be the first barrier, as they would never accept that I was contributing to this cause.

It was not easy for me, and for the first six months I was not able to tell my mother that I had joined Plan International Mali. The day my mother found out where I was working, she told me, “You have to resign; a child from a good family should not discuss sensitive issues such as excision in public.”

My mother’s way of thinking demonstrates the ignorance that people have towards the complications and negative health effects FGM has on women and especially girls. I finally convinced her and received her support. She is very traditional and conservative, and I had to remind her of the complications that had occurred in our own family. This experience gave me the strength and confidence to commit myself fully in the fight to end this harmful practice.

FGM – called excision in Mali – is undeniably one of the most extreme forms of violence against girls and is a violation of their fundamental rights. The practice is very old and traditional in Mali, based on culture with an unjustified link to religion. All regions in Mali practice excision, with a lower rate in the North.

FGM is a traditional ritual to prepare girls for womanhood, usually carried out before they are married between the ages of 13 and 15. However, it is sometimes practiced on girls under 5 in rural areas and under 40 days in urban areas. A girl this age is much too young to speak out about her rights.

The report indicated that 53.25% of fathers and 35.5% of mothers in areas where Plan International is working against FGM want to maintain the practice, while 56.5% of girls and 44.25% of boys are ready to fight against excision. This is an important indicator because, as future parents, the practice is likely to continue if action is not taken to encourage children to oppose FGM.

Using a multidimensional approach based on local initiatives to promote children’s rights and the fight against FGM, Plan International Mali and partners have broken taboos and opened up the debate around FGM. This open discussion has given girls the opportunity to voice their opinions and encouraged them to address the issue of excision in public, with their parents, authorities, and leaders. Following a variety of awareness-raising sessions, talks, and exhibitions, many communities have now banned FGM.