A Night with Malala

This past summer, my hometown of Providence, RI was lucky enough to host the youngest person to ever win the Nobel Peace Prize, Malala Yousafzai, for an exclusive appearance in the northeast. 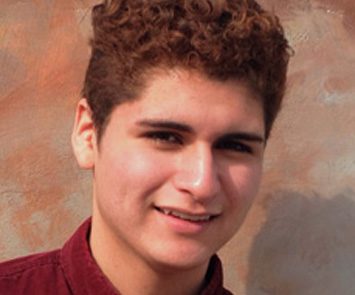 For those unfamiliar with Malala’s story, she is perhaps best known as “The girl who stood up for (girl’s) education and was shot by the Taliban.” When Malala was only 15 years old, she was shot in the head while riding the school bus home because she defied a Taliban law forbidding girls from attending school. Miraculously, she survived and ever since she has used her voice to fight for the rights of girls and children around the world to receive a quality education.

At the Providence event, she described her childhood growing up in the Swat Valley of Pakistan before she was attacked. She described an idyllic, love-filled childhood surrounded by family.

When asked who the biggest inspiration in her life was, there was no hesitation when she answered that it was her father, Ziauddinm. He “did not clip her wings,” she said. He allowed her to be herself and express her opinion, something that she noted was unfortunately uncommon in the region where she grew up. Nonetheless, her father encouraged her to pursue her education and “treated her as a son.” And, when the Taliban took control of the Swat Valley in Pakistan when she was 11, her father respected her decision to defy them and continue her education. She explained that she deeply valued her schooling and felt as though her life would not be worth living if she gave up control of her destiny.

For this reason, she became a target of the Islamic fundamentalist group. Malala explained that she was thankful that she does not remember the details of her attack and has never since returned to Pakistan (she now lives and attends school in the UK), although she had much to say about what this experience has taught her.

In a sign of a wisdom beyond her age, she graciously explained that she has forgiven her attackers in recognition that forgiveness and kindness are the greatest available weapons for humankind. She said she does not even blame her attackers for their actions, as they were young men she believes were brainwashed to believe that they were doing the work of God.

Similarly, here at Plan International USA, we share Malala’s vision that every child around the world deserves a quality education. As one of our core values, Plan believes in the transformative power of education to uplift individuals and whole communities based on the idea that an educated populace is more resilient and better able to advocate for their needs and rights in society. One of our flagship campaigns, Because I Am Girl, is based on this premise and takes a systematic approach to tackling the barriers impeding girls’ education around the world. Like Malala, Plan firmly believes that “an educated girl can change the world”.

In her speech, Malala also touched upon other topics of note, including her interpretation of feminism and Islam, declaring that despite what others may regrettably believe, the two can go hand-in-hand. To Malala, being a feminist means being a woman who has the freedom to decide her own life choices. She told the audience that she wears a headscarf out of her own personal volition, not by coercion. As an example, she recounted a time where some relatives in her family pressured her to wear a niqab, a garment that would have covered her entire face save a slit for her eyes. She rebuked their demands and told the audience that while she felt comfortable wearing a headscarf, she did not feel comfortable wearing the niqab because she was “not ashamed to show my face”.

Today, Malala is a fierce proponent of girls’ right to an education, and she travels the world sharing her story and sharing the spotlight that follows her with girls around the world. While she did not expand upon her understanding of who she includes in her definition of womanhood to explicitly mention trans and non-gender conforming women, she did bring up the importance of how racial and religious identities and refugee status intersect to affect a girl’s ability to receive a quality education.

It is a personal belief of mine that women’s liberation can never be fully achieved unless it takes into account the multitude of identities that a woman can have, including the intersection of racial, sexual, and gender identities.

Nonetheless, to raise awareness for the millions of girls around the world who are still denied the right to an education, every year on her birthday, which the United Nations has since named Malala Day, she has travelled to a different country around the world to highlight issues facing girls today. Most recently, she travelled to Lebanon this past July to highlight the importance of education for Syrian refugee girls. She has also started her own foundation, called the Malala Fund, which aims to “enable girls to complete 12 years of safe, quality education” so that they can “achieve their potential and be positive change-makers”.

Not even 20 years of age, Malala has shown the entire world what can be accomplished by a determined, ambitious young mind. When faced with challenges that many of us would find unthinkable, she did not waver or let fear stop her from advocating for what she believes is just and fair. She exemplifies the type of role model this generation needs if we are to truly eradicate the inequalities between men and women in our lifetime. Her father made no mistake when he named his daughter Malala, after a legendary female Afghan heroine who stopped a war by only using her voice. Malala perfectly embodies the attributes of this heroine and has lived up to her name while her actions continue to inspire millions around the globe.