Born to fight alongside girls

This story begins in Freetown, Sierra Leone, in 1995. The country was four years into a brutal civil war. It was the rainy season — heavy downpours flooded the city every day. But life still went on. Along one busy street, people were hurrying past a small basket, which had been gently put down on the ground.

Inside the basket was a 2-month-old baby boy.

Tucked in next to him was a handwritten letter. It explained that his mother, who was just 16 years old herself, was unable to care for him anymore. It didn’t explain why. There was also a small tag attached to the basket with the boy’s name: Anthony.

Anthony is now 24 years old. He still wonders about his mother — what she went through and if she’s still alive. He never knew her, but he misses her.

“For my whole life there’s been a vacuum inside me,” Anthony says. “This feeling of loss.”

But Anthony’s pain also lit a fire inside him. He has a different perspective than most of the men and boys around him. And he can’t stand what he sees. 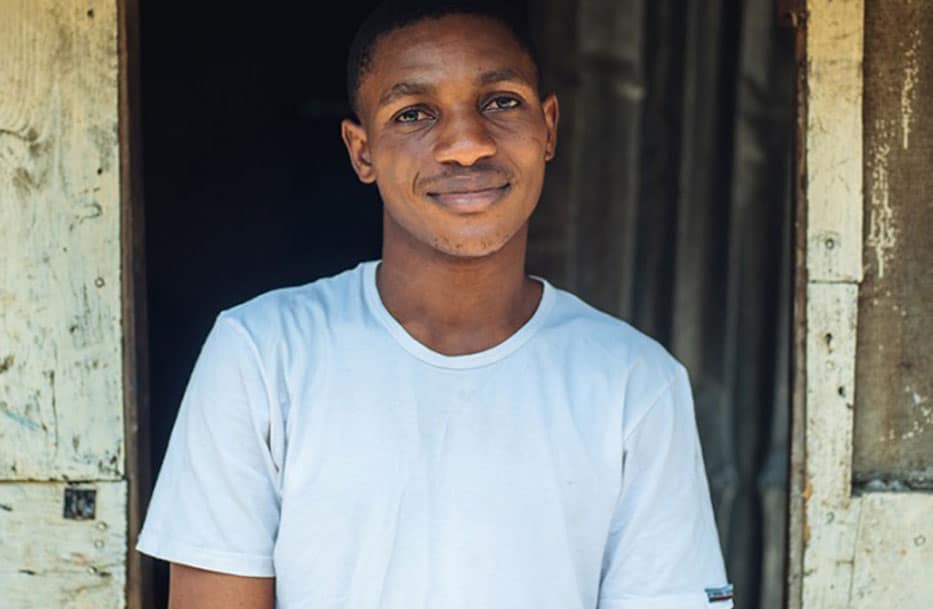 Sierra Leone has one of the highest rates of teen pregnancy in the world, with almost 40% of girls giving birth before their 18th birthday. There is also an epidemic of gender-based violence. It’s so dire that Sierra Leone’s president declared rape a national emergency in 2019.

Anthony sees this culture of discrimination and violence all around him.

“Where I’m from is a really rough part of town,” Anthony explains. “It’s a very threatening environment for girls. And for them to make it to college — it’s almost impossible.”

Anthony didn’t want girls in his community to experience violence. He didn’t want them to become pregnant before they were ready and have to make tough decisions like his mother did. And he didn’t want other children to grow up like him, motherless and in poverty.

So, Anthony joined Plan International’s Girls Advocacy Alliance a few years ago. He now walks through communities with girls, megaphone in hand. He knocks on doors with them, talking to neighbors about the importance of reporting rape. And he fights child marriage with them, even helping to stop the forced marriages of two girls in the Alliance.

“I want to stand for girls,” Anthony says. “I want boys to look at girls as partners. I want them to see that girls can be more than just wives, more than just mothers.”

This isn’t always easy for Anthony. He’s one of only a few boys in the advocacy group. He’s even been beaten up more than once because of his work.

“Sometimes I create enemies along the way, but no matter what happens, I’m not going to relent,” he says. “What happened to my mother is what motivates me, and I don’t intend to stop.”

The world needs more allies like Anthony. He sees gender equality as something we have to fight for together — girls and boys, women and men, all of us.

“I believe that maybe, one day, she will come back,” Anthony says about his mother. “I really hope so. To see me, the boy she left behind.”

One can only imagine how proud a mother would be to have a son like Anthony.