Launching a Game with Nickelodeon International!

My name is Luis, and I am a member of Plan International USA’s Youth Advisory Board, a body of 12 young adults that advocates for and vocalizes the needs of youth. You can learn more about us and our work here. 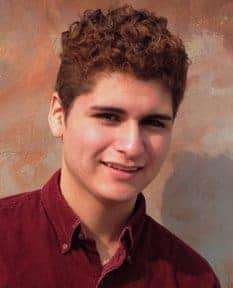 Recently, the board has been working to support the launch of a brand new game between Plan and Nickelodeon International called Together We Rock as part of Nickelodeon’s Together For Good pro-social campaign! The game was officially launched at the 2017 Nickelodeon Kids’ Choice Awards (KCAs) in Los Angeles, which I had the amazing opportunity to attend as the board’s representative.

Attending the Nickelodeon Kids’ Choice Awards is a dream come true for anyone who grew up watching Nickelodeon and the awards show every year. Never did I think as a child that I would one day attend as an official guest and be in the same room as all the celebrities and Nickelodeon stars receiving their famed orange blimps!

The annual awards show was held in early March. It was my first time ever visiting LA, and California in general, a state which I quickly fell in love with. I mean, with 80 degree days in March, what’s not to love? The city is beautifully nestled between the Southern California coast and surrounding mountains, and during my stay I was always struck by the spectacular views of palm trees, the Pacific Ocean, and the famed hills between its many neighborhoods.

The highlight of the KCAs for me was definitely seeing Ellen win the Favorite Voice From An Animated Movie Award for Finding Dory and hearing her impassioned speech imploring viewers to be kinder to one another. I have always been a huge Ellen fan and she did not disappoint with her appearance at the KCAs. Second to Ellen, it was also super-exciting to see months of work from Plan and the youth who participated in the game concept design come to fruition with the official worldwide launch of the Together We Rock game. The game is part of the Together For Good campaign, which is all about encouraging kids, both boys and girls, to be agents of positive change in their communities, wherever they may live around the globe.

The Together We Rock game is a fun musical game based on the hit Nickelodeon show, School of Rock. Players are led by Tomika, the show’s lead character, honing their musical skills, recruiting new band members, and ultimately becoming bona fide rock stars. And along the way, players also learn the importance of gender equity.

The Youth Advisory Board had a role in the development of the game, meeting with Nickelodeon International in New York last October on the International Day of the Girl. Alongside Plan youth from El Salvador and Uganda, we discussed how to include the theme of gender equity in the game in a fun and youth-friendly way. One great suggestion that Nickelodeon International used was to have the game be led and narrated by a female! The results are in, and I think Nickelodeon did a fabulous job including this very important message in an entertaining way that will resonate with and inspire children. If you would like to play the free online game, click here—we would love to hear your feedback!

All in all, my trip to Los Angeles for the 2017 Nickelodeon Kids’ Choice Awards and the official launch of the Together We Rock international game was the trip of a lifetime, and I can’t wait to see how far the game goes as a fun and educational tool for children around the world!