Sexual and Reproductive Rights: Youth Are Key to Conversation

In April, I had the privilege of representing Plan International USA at Plan’s Global Youth Advisory Panel  (GYAP) Meeting and at the Global Leadership Conference. On my last night in Bangkok, I was joined by GYAP members and various staff members at a dinner.

One of the reasons I respect Plan is because I have seen how youth engagement in the organization has evolved. Staff from across the Plan world were not afraid to speak with me and the other GYAP members, despite our age differences. Time differences, bad internet connections, and Skype problems can make it difficult to accomplish work, so although I was extremely tired from a long day, I knew that I had to take advantage of the opportunity to speak with senior staff while we were all together in person. I was also able to answer some of their questions on youth engagement. 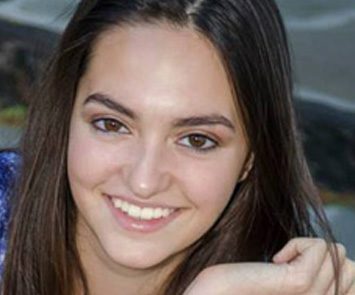 A few weeks ago, on one of the GYAP Skype calls, I was told that one of the conversations I had with Ros Ebdon, head of policy, about how Plan can involve Youth Advisory Panels in its policy work had provided a new opportunity for the GYAP to engage on a sexual and reproductive health rights (SRHR) policy being developed. I had spoken with dozens of people over the course of the week, and although it was a short conversation that I barely remember, it feels good to know that Plan was listening and that what I had said was meaningful enough to spark a new opportunity for youth engagement within Plan.

Two of my GYAP colleagues – Neha from India and Tova from Sweden – have joined me on the working group. As group members, we have the opportunity to provide youth perspectives on Plan’s new global policy on SRHR, and to give input during youth workshops being held in national offices across the world. This piece is seen as a pilot, but I am impressed at how youth have been involved in the development of this policy piece from the beginning by voicing comments, participating on Skype calls, reading documents, and asking and answering questions.

Not only is the youth engagement aspect of the work important to me, but the fact that I am able to engage with the important issues of SRHR and have a meaningful impact is rewarding. The policy, which looks at what services are available to young people, what the gaps are, and how governments and communities can strengthen children and young people’s SRHR, involves issues that are important to me. SRHR issues affect every person on the planet, and even in the most developed countries, there are still barriers to access these rights. I never received a formal comprehensive sexual education, and I have never been a victim of sexual harassment and assault, but I feel very privileged to be aware of my sexual and reproductive rights now.

When I first started engaging within the working group, I was in a rural part of Sri Lanka visiting family. After signing off of the very first Skype call, I left my room and chatted with my cousin. She is my age, but she is a young mother, a wife, and someone who was not allowed to continue her education simply because of her gender. She is also a young person who doesn’t have easy access to contraceptives. I thought about the issues that I had just discussed on the Skype call only a few short minutes before and realized the differences between my life and my cousin’s, and how my knowledge of SRHR had shaped my life. I know that because of my awareness and knowledge , I have been afforded many opportunities, am empowered, and will have a more hopeful future because of it.

The impacts of the lack of knowledge around SRHR affects everyone and can create disparities throughout societies, communities, and even within families. I feel very privileged to be aware of my rights, and to be able to work with Plan to ensure that young people all over the world are aware of theirs. It is also great to know that Plan is listening to young people, and that a short conversation I had with someone while jetlagged has transformed into a more meaningful way for young people to engage in Plan’s projects from beginning to end.