Six weeks after my book release, this was the first royalty check I got from my publisher.

Of course this was from pre-sold copies from the publisher's website, but still, there is nothing quite like getting a $.52 check in the mail for a book that took you three years to write. I had to smile. 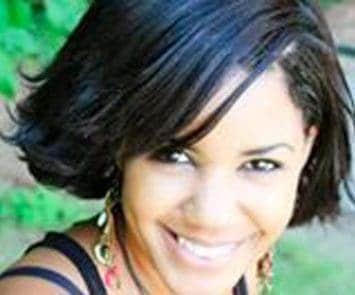 In one year, I have learned more than I ever wanted to know about what rights authors really have, and how the big distributors like Amazon know you need them more than they need you.

I’ve learned that books don’t make money. But I’ve also learned that my story matters more than I ever thought it did. I’ve learned when you show people your mess, they usually like what they see.

When I decided to share my story about using dance to help trafficked girls in Cambodia, I didn’t know what to expect. There’s nothing like getting notes from people who are transformed by the stories you didn’t know you were ready to share. Stories that were once yours but have now become theirs, the prose they use to write on the walls of their life, to remind them to unlearn what they’ve become.

My experience in Cambodia brought me to the realization that it isn’t just my moral obligation to help trafficked children, but that their suffering is my own suffering. It was as though I realized my own hand had been bleeding, and, understanding what my own hand means to me, it would be insanity to not rush to heal it. Love expels the illusion of separation and reveals the true nature of our unified oneness.

It awakened me from my vain existence into a space where I could exchange self-preoccupation for an interest in people outside my own skin. I became someone who discovered that another person’s transformation was as important to me as my own. Suddenly, I couldn’t hear enough about a survivor’s dream or a social worker’s favorite television show. Disarmed by our connection, I ask them to repeat their stories as if they are great scenes from an epic fairytale.

It’s true – what I have gained from this experience cannot be counted and weighed in dollars. And more than anything, I now know beyond dollars, statistics, and numbers, people are finally ready for the conversation surrounding social justice and gender-based violence.

I believe a time is coming when each of us must take hold of a butcher knife and start carving space into schedules to create the change we want to see. The work that needs to be done will not get done as long as I am waiting for a day when I have nothing to do. That day just isn’t coming.

We must be willing to change our minds about what we have time for if we are ever to create a transformed world.

Yea, it’s a big commitment. It’s also really “adulty.” And it involves you.