Voices of a movement: Girls fighting for racial equality

Girls and women are on the front lines of fighting for racial equality. Not only was the Black Lives Matter movement started by three women, but young women and girls are leading efforts in their own communities today. Get to know these up-and-coming young leaders in five cities across the country. 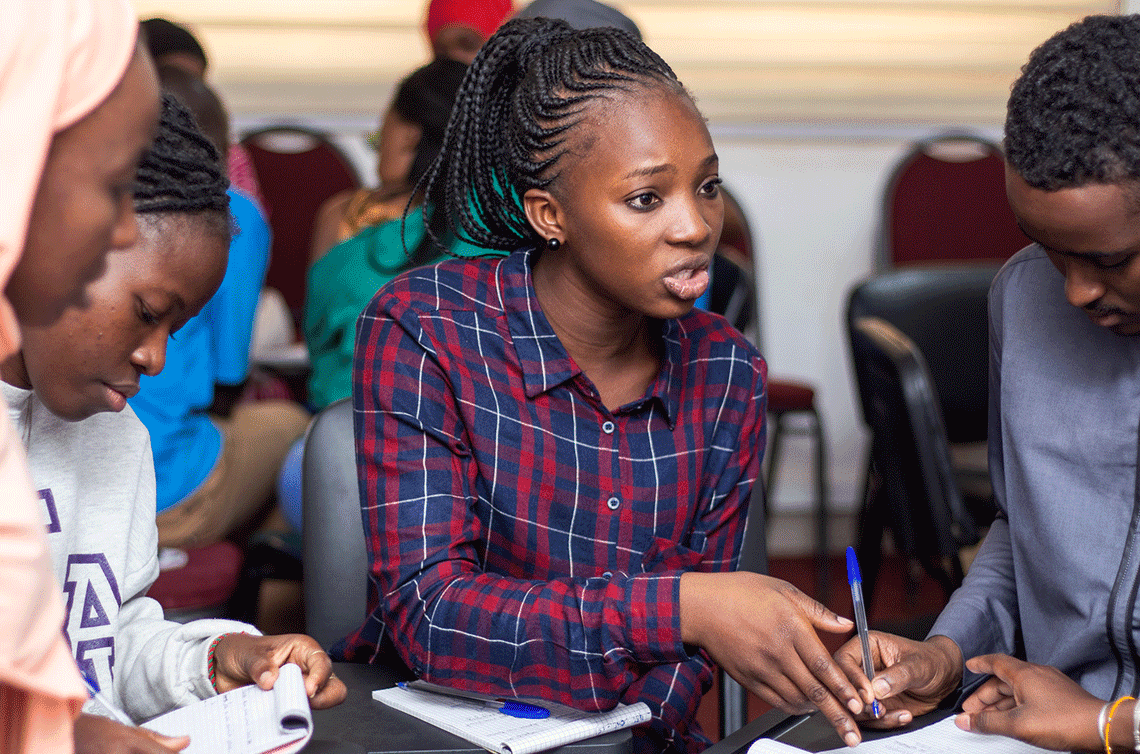 Nupol, 19, is the president of the Youth Coalition for Black Lives Matter of Greater New York. When she spoke to Teen Vogue recently, her voice was still hoarse from the tear gas used at a rally she attended.

“At the end of the day, whether I sit at home or I’m on the front lines, I could be killed just for the color of my skin,” Nupol says in her interview with Teen Vogue. “If anything were to happen to me, I would want it to be for a righteous cause.”

Nupol’s activism started when, at 13, she heard about the death of Trayvon Martin. In protest, she went to school wearing a black hoodie that read, “Do I look suspicious?”

“Me being a young Black person in America and seeing that happen to Trayvon, and also having five younger brothers, that could have been any one of us,” she told Teen Vogue in 2018. “If I lost someone in that horrific way, I would want someone to stand up for my family member. I was doing what I would have wanted someone else to do if it happened to me. It ignited a fire in my heart that I had never felt before.”

Now, six years later, Nupol is still fighting — and she says the recent protests give her hope.

“I’ve never thought this time would come, that people would get this riled up over Black lives,” Nupol says in the 2020 Teen Vogue interview. “It never seemed that important for people outside the Black community, so seeing this kind of solidarity is shocking — but it’s also inspiring.”

Six teenage girls in Nashville, Tennessee used Twitter to organize a demonstration protesting police killings of Black men and women, including George Floyd, Ahmaud Arbery and Breonna Taylor. Through their organization, Teens 4 Equality, they distributed flyers and invited other teenage activists. They met in person for the first time on the day of the protest.

“We felt like we needed to do more, because change is not going to just happen overnight,” Emma Rose, 15, told “Good Morning America.” “We’re teens and we weren’t seeing any youth speaking up because they didn’t feel like they have a voice. We wanted to show teenagers and youth that we need you guys and we do have a voice.”

The girls were hoping to draw at least 1,000 people to the protest. Instead, approximately 15,000 people attended.

“A week ago, I did not think I would be capable of doing something like this,” Mikayla, 16, told “Good Morning America.” “No matter what you are or who you are, if you put your mind to it, you can make a difference.”

Hannah, 18, is a student at the University of Wisconsin, Green Bay. In her role as a member of the Black Student Union and Phi Theta Nu, a multicultural and gender inclusive sorority, she organized a National Day of Outrage protest last October demanding justice for Atatiana Jefferson, a Black woman fatally shot by a white police officer in Fort Worth, Texas.

“As activists, it is our job to bring light to the truth and keep true to that truth, and not allow people who don’t understand what you’re fighting for to get us down,” Hannah told the Green Bay Press-Gazette.

She and her friend Sierra, 20, and also a student at the University of Wisconsin, Green Bay, are aspiring lawyers.

With their activism, both girls are following in their parents’ and grandparents’ footsteps.

“I think everything has just changed since then,” she told the Press-Gazette. “And hopefully, for us protesting, it can also change even more.”

Read more about Hannah, Sierra and other young activists in the Green Bay Press-Gazette.

Alejandra is a born fighter.

“I like doing what is right,” she told the Daily Astorian, her local paper in Astoria, Oregon. “I think also because I’m a person of color, it kind of is like the starting point of a whole change in society.”

Alejandra is a 16-year-old high school student. After George Floyd’s death, there was a protest in her town — but she felt that one day wasn’t enough.

“This is not just a trend that you can follow on Instagram — this is a movement,” Alejandra says in her interview with the Daily Astorian. “This isn’t a thing that you can just pay attention to and then forget about the next day. This is a thing that is going to change the world.”

So, she planned a series of protests. She designed flyers and posted them all over her community — and people showed up.

“I feel I’ve accomplished a lot of people coming out here,” Alejandra told the Daily Astorian at a protest on June 8. “I remember Saturday’s protest, hundreds of people marched. Seeing that, I was like, ‘Wow, I can make a difference in this town,’ and I think I will.”

Read more about Alejandra in the Daily Astorian.

Carrie, 19, is a freshman in college. Her career as an activist started when her family moved from the Boston suburbs to the city.

“I saw huge inequity and inequality in the opportunities, quality of education and quality of life overall,” she told Boston Magazine. “I wanted to get to the bottom of that because I felt like I was seeing the effects of racism, but I wasn’t seeing the root causes.”

Now, Carrie is involved in community engagement work, organizing everything from barbecues to dialogues on race. Recently, she’s been attending demonstrations across Boston with first-time protestors.

“I think a lot of people misconstrue the Black Lives Matter movement and only associate it with police brutality,” she says in her interview with Boston Magazine. “To me, Black Lives Matter means Black lives matter all over the board and in every area of society.”

Carrie encourages other young people to speak up so that they can create change, too.

Read more about Carrie and other youth activists in Boston Magazine.