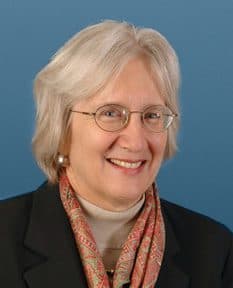 Carol Peasley is an independent international development consultant. Most recently, she served as the president and CEO of the Centre for Development and Population Activities (CEDPA) for four years, from 2008-2012.

Prior to her work with CEDPA, Carol had a highly successful career with the United States Agency for International Development (USAID) for more than 30 years, achieving the rank of career minister. She has held senior positions in Washington and overseas, including as USAID mission director in both Malawi (1988-93) and the Russian Federation (1999-2003), and as a Counselor to the agency and senior deputy assistant administrator for Africa in Washington. This position included two years as acting assistant administrator for Africa (1996-98). Carol also had overseas assignments in Costa Rica, Nepal and Thailand.

After leaving USAID, she continued to pursue her strong interest in international development. Besides serving on the board of CEDPA for three years prior to becoming the organization’s president and CEO, Carol served on the boards of Opportunities Industrialization Centers International, the Partnership to Cut Hunger and Poverty in Africa, Shorebank International (Enclude) and the USAID Alumni Association. During that time, she also worked as a senior advisor at the Financial Services Volunteer Corps.