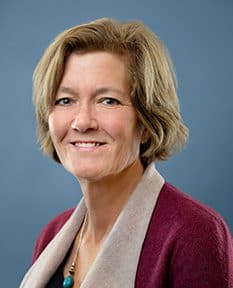 Debbie Simpson’s career has been marked by her passions for diversity, change and growth. Winner of Consulting Magazine’s Lifetime Achievement Award for 2018 Women Leaders in Consulting, Debbie has been recognized for her role in Boston Consulting Group’s continued excellence, as well as prior contributions to PwC, also known as PricewaterhouseCoopers.

Her experience as a global financial and operations leader began first as a partner at PwC, and then at BCG, a $10 billion business, where she worked for 20 years before retiring in June 2021. Debbie was a member of the BCG executive committee for 12 years, serving as chief financial officer and as the head of global functions. She was a critical leader in driving BCG’s continued growth and development as a leading management consultancy and its evolution into a digital leader in the marketplace.

Debbie helped BCG grow tenfold over her career and deepen its global footprint, now with more than 20,000 partners and staff located in over 90 cities and more than 50 countries. She received the President’s Award at BCG in 2016 for her instrumental role in building the digital ventures unit, and continues to support the digital ventures and green ventures teams as an advisor.

Since joining the board in 2018, Debbie has enjoyed using her time and talents to support Plan International USA’s mission. Having worked with two CEOs; numerous executive committees; and audit and risk committee members from over 20 countries during her BCG tenure, Debbie brings poise, knowledge and a can-do attitude to the teams she works with.

Debbie received her bachelor’s degree in biomedical engineering from Duke University and her master’s degree in business from the Massachusetts Institute of Technology’s Sloan School of Management.