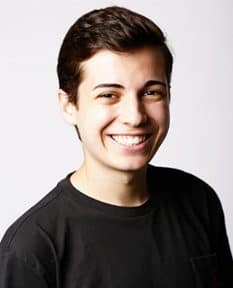 Josh is an undergraduate at Emory University, where he studies economics and Portuguese. His academic interests center on economic development. He studied abroad at the University of São Paulo and in London, and researched foreign policy at the Woodrow Wilson International Center for Scholars. At Emory, Josh leads Consult Your Community, a student organization that provides free consulting services to minority-owned small businesses and nonprofits in Atlanta. He is also the founder of GOALS, a nonprofit soccer program for kids with intellectual disabilities.

A member of Plan International USA’s Youth Advisory Board since 2017, Josh has created gender equitable digital content with Viacom and Nickelodeon, and helped plan the Youth Leadership Academy (YLA). He also serves on Plan’s Global Youth Advisory Panel. In his capacity as a Plan YAB member, Josh has presented at OpenGov Hub on the role of youth in humanitarian conflicts and spoken with the New York Times on engaging male allies in the gender equality movement.

Josh loves exploring the outdoors and reading in his hammock. Connect with Josh on Instagram at @josh__kaplan.