How a Rwandan Refugee became a youth leader in the U.S. 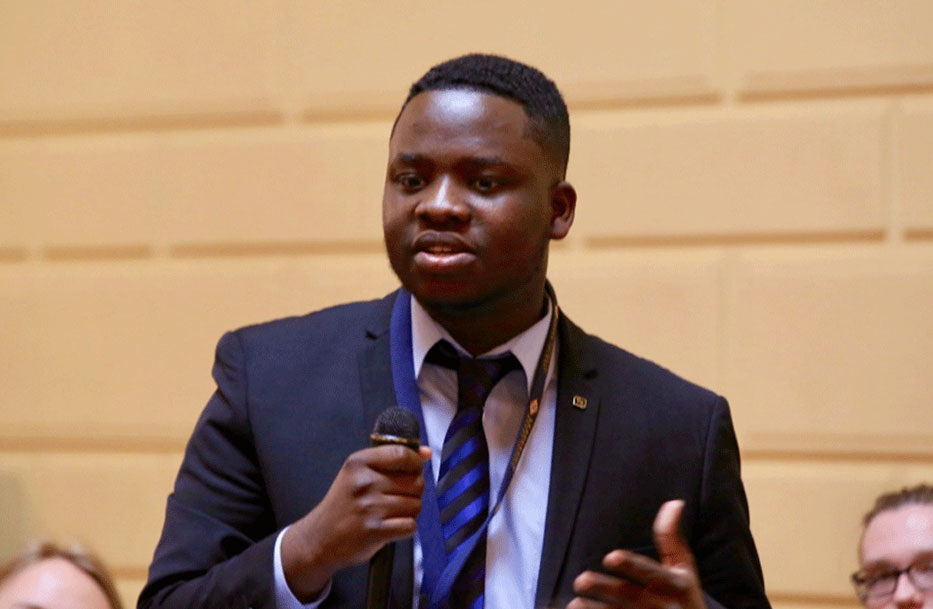 Night Jean’s story is one of inspiration.

It’s the kind that represents a spirit of perseverance that Plan International USA donors and supporters embrace. So, it is fitting that he has joined the team.

A student at Rhode Island College, he is the newest member of Plan’s Youth Advisory Board. A refugee from Rwanda, he spent most of his life in a refugee camp in the Republic of the Congo after his mother fled from conflict in their home country during the early 1990s.

Life in the refugee camp was, above all else, unsure. Night Jean and his mother never knew when they would leave or what each day would bring. People came and went. Days at school lacked consistency.

“I would go to school,” he said. “It was difficult at some moments because sometimes teachers – they don’t come because they don’t get paid enough. Sometimes they would come once a week.”

In 2015, Night Jean and his mother were granted asylum in the U.S.

“It took us a very, very, long time,” he said “My mom was waiting nine years.”

While asylum in the U.S. was the news they had been waiting for, a plethora of new obstacles lay ahead. Not only did Night Jean not know English, but he did not know many of the primary languages in the refugee community in Providence, where he and his mother relocated.

“I had to learn English at the same time as learning how to communicate with other refugees,” he said.

The language barrier was isolating and made learning and socialization difficult. But, Night Jean persevered.

With the help of one teacher in particular, Night Jean learned English. And, he went on to learn four other languages, in part so he could communicate with other refugees. Volunteering at the Refugee Center in Providence, Night Jean’s primary objective is “bringing refugee students and American students together to learn each other’s culture.”

Stereotypes, he says, are dangerous.

“Some people say refugees don’t pay their taxes or refugees take away jobs, but that’s not true,” he said.

Night Jean joined Plan’s Youth Advisory Board so he could make a difference on a national and international scale. He plans to work with youth leaders this summer in Washington DC at Plan’s Youth Leadership Academy.

Night Jean embodies all that is positive about refugees in the U.S. and elsewhere. It is fitting that he is working with other youth leaders.

“We come to make America a better place—to make a difference,” he said. “That’s why I’m working hard to help these young refugees become leaders.”