The #GirlDad movement — it started in tribute to Kobe Bryant, honoring his words about being a father to four daughters.

Fathers everywhere have proudly claimed that same love for their girls. They recognize that the potential of their daughters is the same as that of their sons. And because of that, they’re making serious strides toward gender equality.

In honor of Father’s Day, we’re highlighting four “girl dads” from around the world who are doing amazing things for their daughters — and for girls everywhere.

Ismael from the Dominican Republic 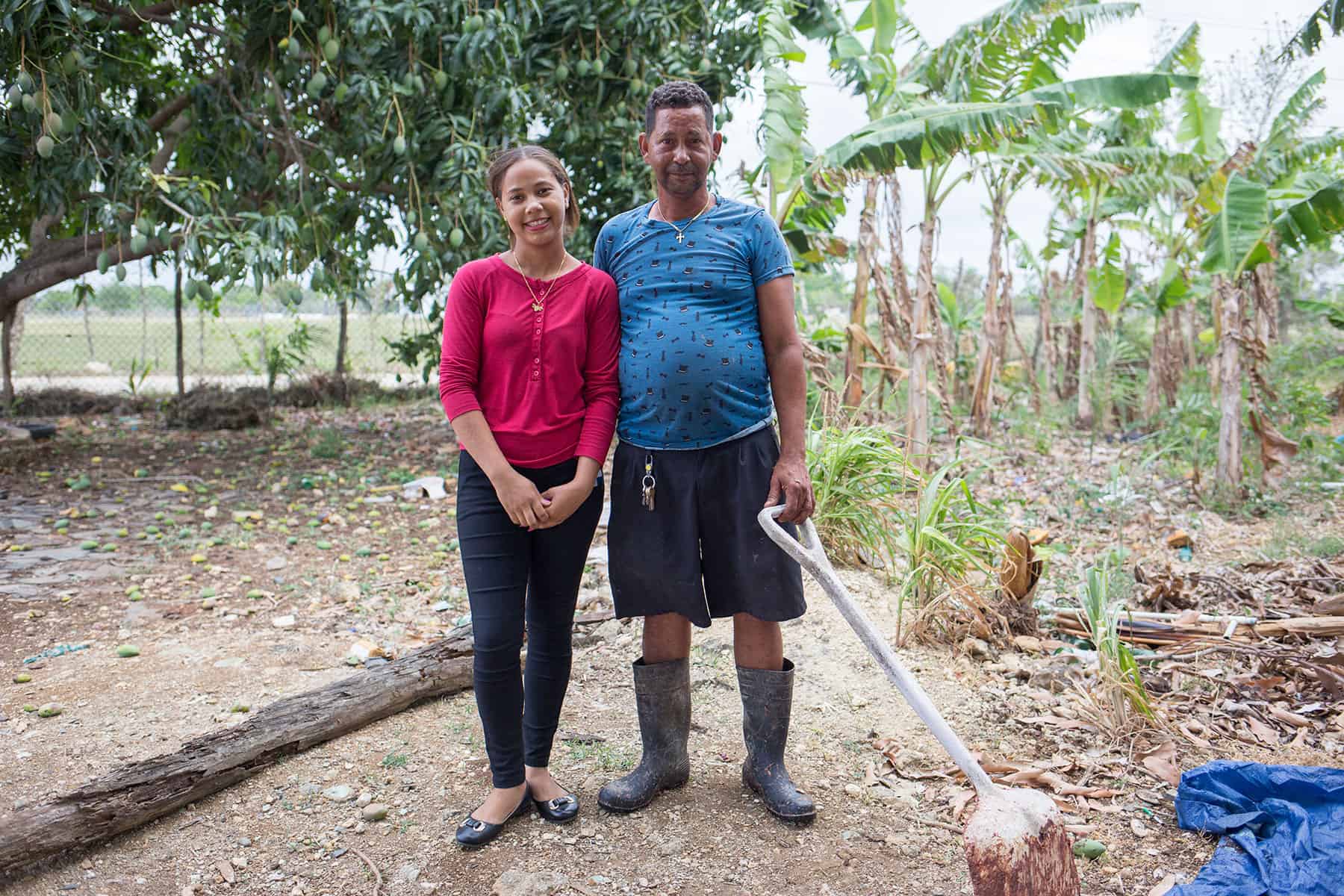 Bienvenida, age 15, leads a group at her school about preventing sexual exploitation. She has big enthusiasm for her advocacy work with Plan International, and she has an ally she can always count on — her dad, Ismael.

Ismael brought Bienvenida up by himself, defying gender norms in a society where single fathers aren’t common. Together, the father-daughter duo is determined to help girls live free from violence.

“Child exploitation is rife around here,” Ismael says. “There are lots of tourists who talk to girls of 14, 15 years old, and come looking for them. Sometimes they’re girls who have been abused by their families or who have parents who want money. ‘Take my daughter,’ they say. That happens a lot. They do it because they don’t have enough to eat. They don’t have anything.

“We don’t have much more than those people. But no matter what, I won’t let my daughter be sexually exploited. I don’t know if I’ll be able to afford to send her to university. But I want to try. ‘Study so that you don’t have to depend on any man, so that you can support [yourself], so that you don’t end up like me.’ That is what I say to her.” 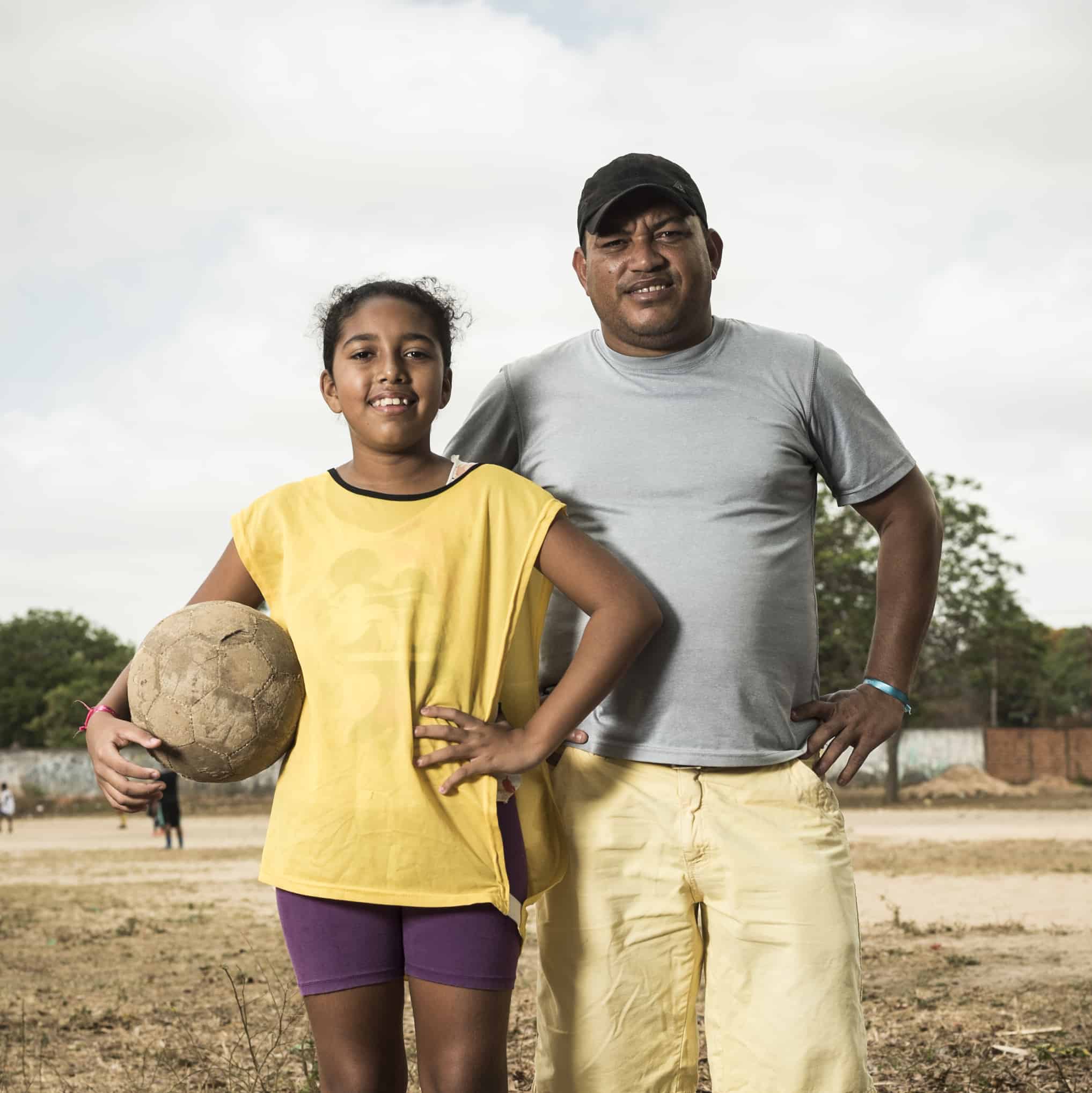 Heloilson is his daughter Thayssa’s biggest fan. He goes with her to her soccer club every Friday, run by Plan, where he cheers her on from the sidelines.

“Thayssa came with me from an early age when I played soccer with friends,” Heloilson says. “I saw that she could play quite well … That’s why I signed her up for Plan’s soccer project.”

In their community, many think that soccer is a gendered sport. “Some children think that soccer is only for boys,” Thayssa says. “They call me names and I don’t like that, because boys and girls can both play soccer. At the meetings with Plan, we learn to deal with these prejudices.”

“My own brother, for example, doesn’t even allow his wife to work,” Heloilson says. “I really can’t understand that.”

Heloilson and Thayssa want things to change for girls and women. And with Thayssa playing soccer, and Heloilson supporting her, they’re showing what needs to be done to change the game.

“It’s important that she sees that things can be done differently,” Heloilson says. 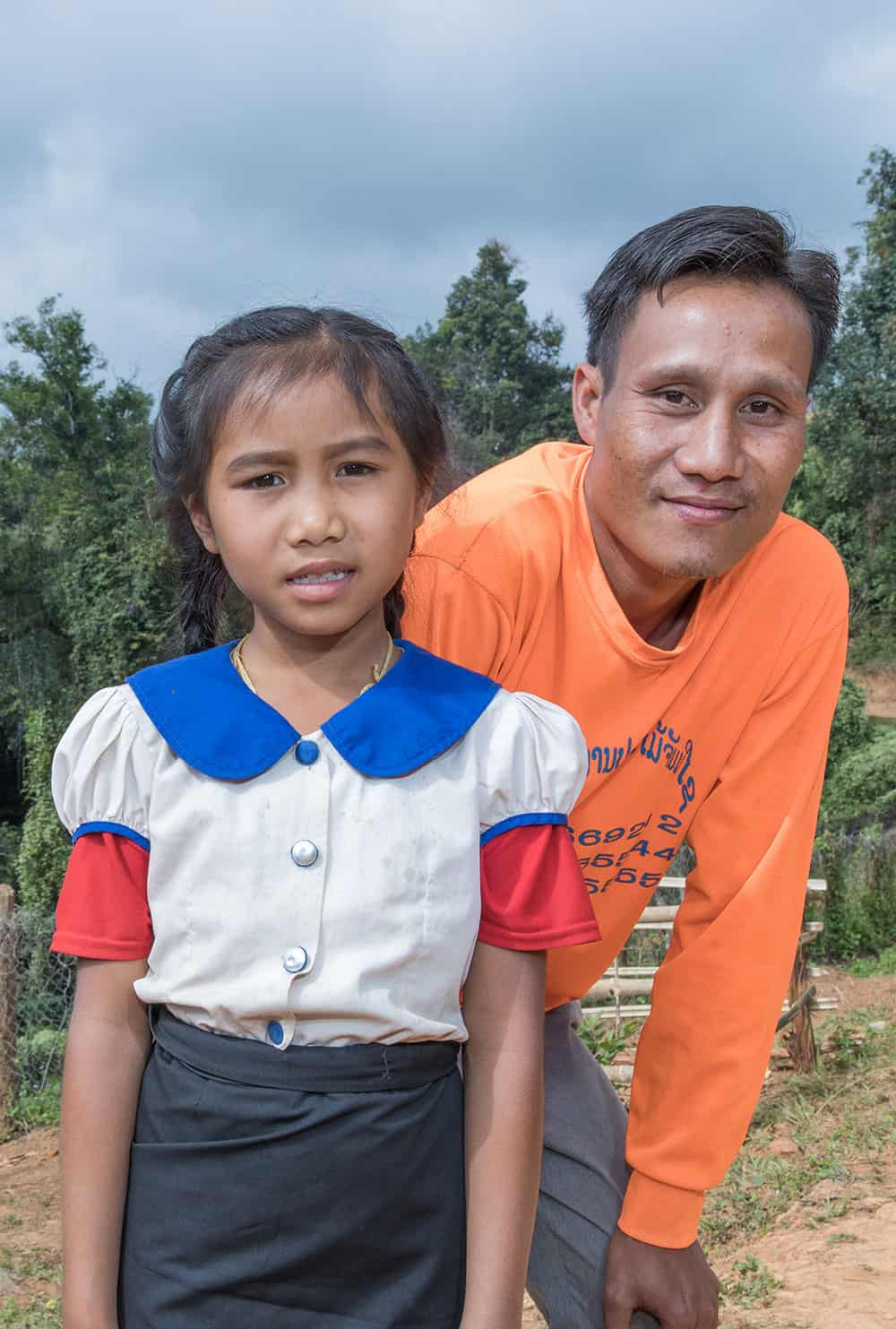 Lan knows that educating girls can break the cycle of poverty. That’s why he makes sure his daughter, Khaimouk, gets the chance to go to school — just like her brother.

Lan’s family lives in the mountains of northern Laos along their rice paddy field. The harvest is small. And it’s not easy work. But Lan is motivated to make sure his children have every chance to make their dreams come true.

“I hope my children receive a good education so they can lead good, successful lives,” Lan says. “I myself had to quit school in fifth grade. My wife did not go to school at all.”

Getting an education as a girl in Laos is difficult. Especially in smaller villages, many girls don’t finish primary school. And around one third of girls in Laos are married before they turn 18, increasing girls’ dropout rates.

But Lan believes his daughter deserves the same opportunity to get an education as his son. “Girls and boys have the same rights,” he says. “It is very important for all children to have an education.”

And because Lan believes in Khaimouk, she has the support she needs to follow her dreams.

“My favorite subject in school is Lao,” Khaimouk says. “I want to be a teacher when I grow up.” 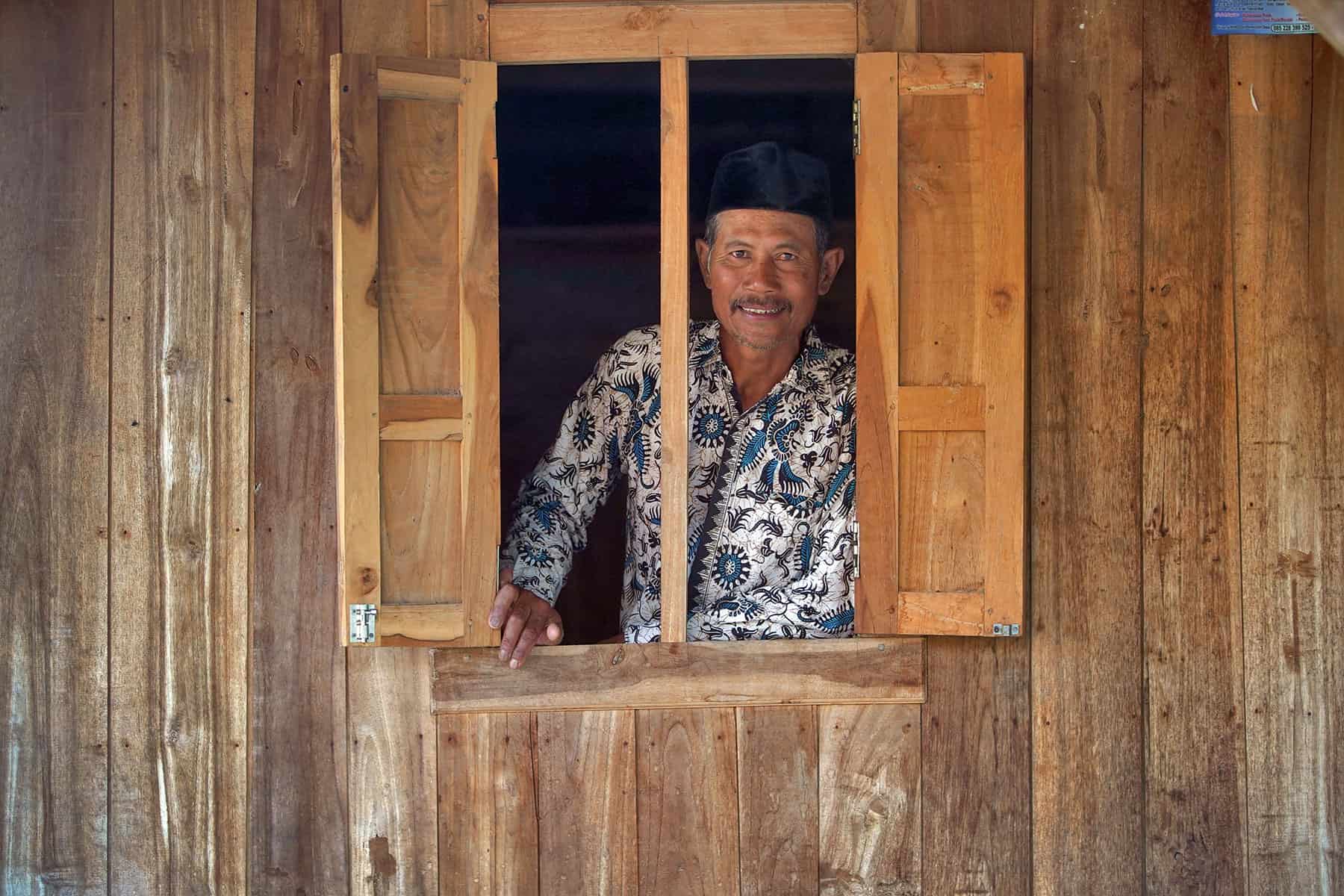 Everything was in place for Yusuf to marry off his daughter when she entered her second year of high school. The entire wedding was planned without his daughter’s knowledge.

This isn’t an easy decision for many parents like Yusuf. If they can’t make ends meet, they might think an older husband will provide their daughters with more security. They want to help her survive. But it comes at the cost of their daughter’s freedom.

Before his daughter’s wedding, Yusuf and his wife, Naimunah, attended an awareness-raising session on child protection, set up with the help of Plan. Yusuf learned about the dangers of child marriage — and he realized that if his daughter were to be married, it would affect her long-term physical and mental health.

The session was a turning point for Yusuf. He didn’t want to take away his daughter’s future. So he decided to break tradition and cancel his daughter’s wedding.

And he didn’t want others in his village to make the same mistake, which is why he joined the village child protection group. Now, he spends his time teaching other families about the dangers of child marriage and helping girls like his daughter stay safe.