This blog is updated monthly with new information on forced displacement in Central America and across the world.

We’re living through a moment in time when more people are leaving their home countries to seek protection than ever before. Right now, there are an estimated 82 million people in the world who have been forcibly displaced, and 30 to 34 million are children. This is the highest number on record since World War II.

Many girls and women leave everything behind because of sexual exploitation, femicide or gang violence. In Central America — one of the most dangerous places to be female on earth — a gang member might decide to make your daughter his girlfriend. And when that happens, your only options might be to allow it or to run.

The true emotional and physical dangers that face girls and families who are forced to migrate are almost ineffable. These children are completely stateless, lacking even the most rudimentary safety nets, like a safe place to sleep or access to food of any kind.

Girls who are migrating are walking through a nightmare. But they’re very much awake.

“The threats didn’t stop after her husband left — they were just redirected at Jade.” 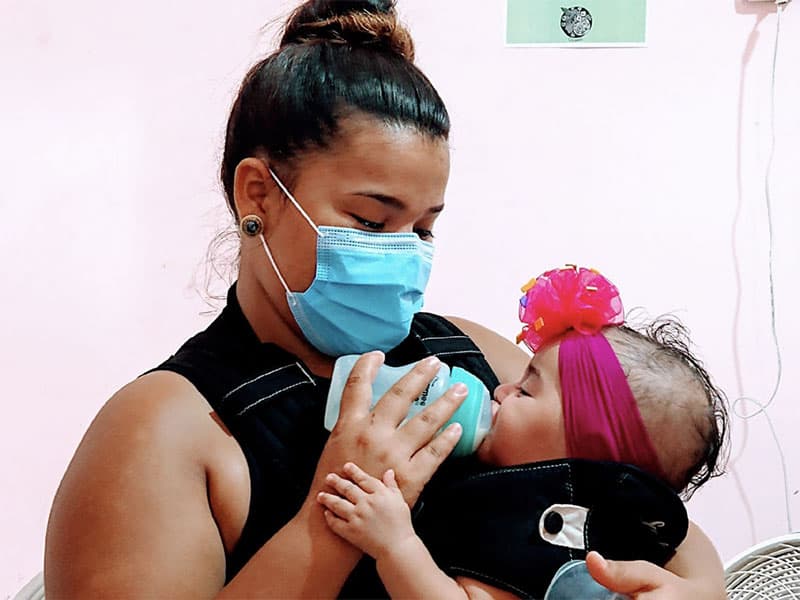 Jade is a 15-year-old living in Tapachula, Mexico. She is originally from Honduras, where she went to school through seventh grade. She dreamed of becoming a doctor.

Then, a series of events changed her life in 2020. She met the man who is now her husband, and the father of her baby. But also in 2020, Hurricanes Eta and Iota hit Honduras. Jade’s father lost his home and all of his belongings. She hasn’t been able to contact him since.

Meanwhile, Jade found out she was pregnant. Instead of continuing with school, she started working at a grocery store owned by her husband’s parents. They were making things work — until her husband started receiving death threats.

It’s not uncommon in Honduras, where gang violence and criminal activity are part of everyday life. The “maras,” or gangs, demand that men join their ranks, or that businessowners pay protection fees in order to operate. If you refuse, you risk violent retaliation.

The threats got so bad that Jade’s husband had to leave Honduras for his own safety, moving north to Mexico. He wasn’t there when Jade gave birth to their baby, a little girl she named Franchesca.

Worse, the threats didn’t stop after her husband left — they were just redirected at Jade. She began to worry that someone would hurt her or Franchesca.

So, Jade decided to join her husband in Mexico. The journey was dangerous, and she didn’t have nearly enough money, but she feared that staying in Honduras would be worse for her child.

When they finally arrived in Tapachula, Frachesca met her father for the first time. Jade and her husband hugged and cried together, reunited as a family.

Jade feels relieved to be back with her husband, but Honduras — and the people who threatened her — are still too close for comfort. She wonders if they’ll follow her here and hurt her family.

They’re planning to continue north to another city, once their migration paperwork is processed.

In the meantime, Jade’s husband works as a barber while she stays home with the baby. When they have free time, they watch movies on their phones together. Once they settle down, Jade wants to open a salon with her husband.

“I never forget my goal of fighting, having a house, a business and continuing to study,” she says. “Being such a young mother is not easy, but it is not impossible, either. So, I try to get ahead, day by day, because my daughter needs me, and she can’t defend herself.” 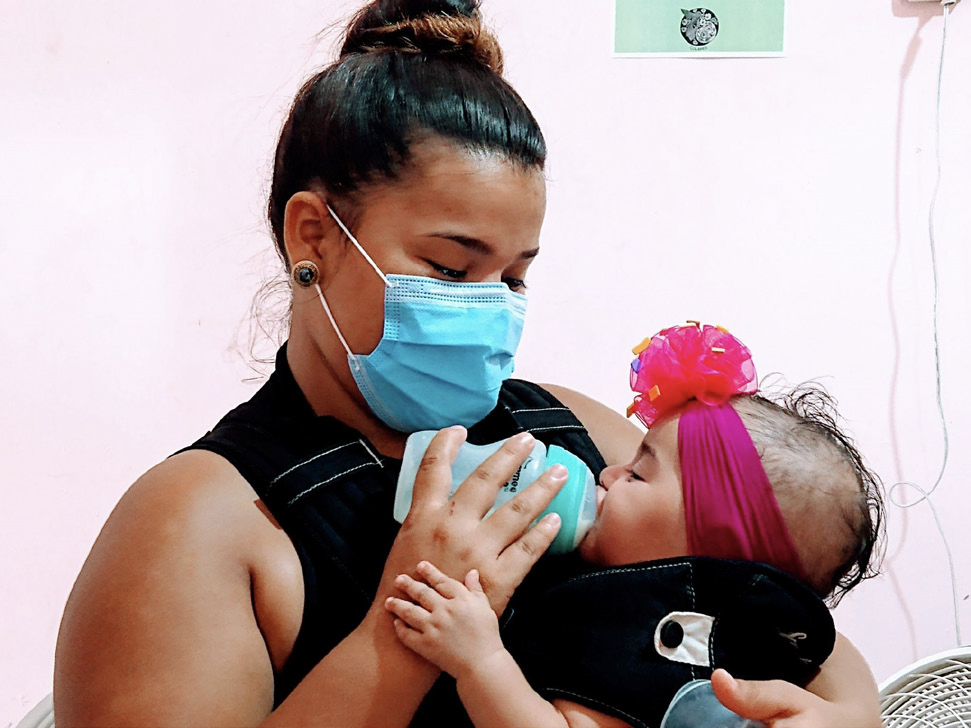 The scale of the global migration crisis is extensive. Here’s an overview of what’s happening with displacement emergencies in some of the countries and regions where Plan International works. 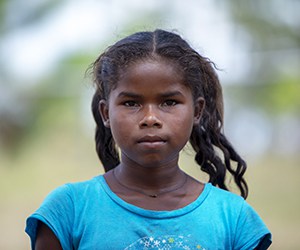 Northern Central America: Due to gang violence, poverty, food insecurity and natural disasters, approximately 500,000 people from El Salvador, Guatemala and Honduras have sought refuge in neighboring countries. And more than 250,000 people have been internally displaced. 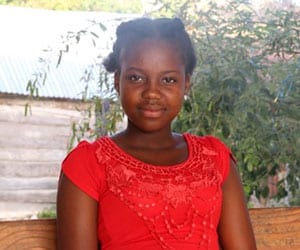 Haiti: A surge of tens of thousands of people migrating from Haiti are arriving at the U.S. border due to the devastating 2021 earthquake, as well as political instability and gang violence. More than two-thirds of Haitian people who have been sent back (without protection) after arriving at the U.S. border are children and women, according to UNICEF estimates.  To learn more, read our blog, “Behind the headlines: Haitian families migrating in Mexico.” 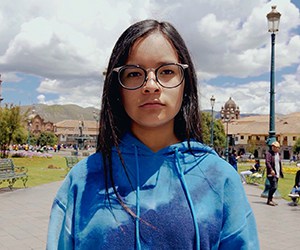 Venezuela: In the largest exodus in Latin America’s recent history, there are more than 5 million refugees and migrants from Venezuela worldwide. Brutal violence, gangs, food insecurity and crime have driven 12% of the population to flee, mainly to neighboring countries including Argentina, Brazil, Chile, Colombia, Costa Rica, Ecuador, Mexico, Panama, Peru and the southern Caribbean. 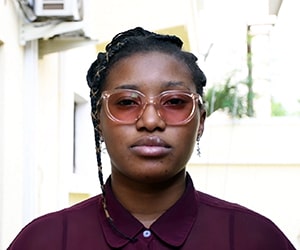 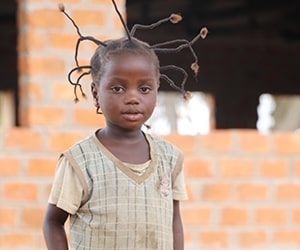 The Democratic Republic of Congo: Human rights violations in the DRC, like sexual violence, arbitrary arrests and inhumane detention conditions, have caused more than 918,000 citizens to flee to neighboring countries, like Angola and Zambia. More than 5 million people are internally displaced. 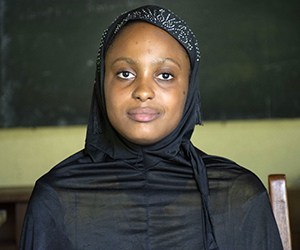 Central African Republic: Years of armed conflict and instability have led 640,000 people to flee to neighboring countries like Cameroon, Chad, DRC and the Republic of Congo. And 630,000 people have been internally displaced. 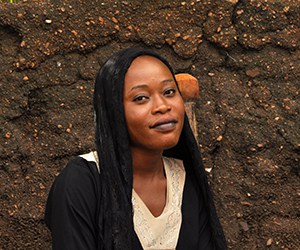 Sahel: In the Sahel region — Burkina Faso, Mali and Niger — indiscriminate attacks, violence against children and climate change have caused more than 845,000 people to seek refuge in neighboring countries, like Mauritania and Chad. Nearly 2 million people have been internally displaced. 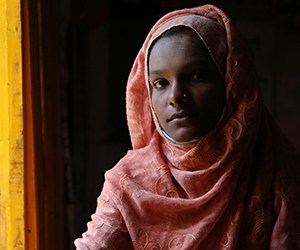 Myanmar: The Rohingya people in Myanmar have lived through years of discrimination, violence and denial of citizenship, forcing 742,000 people to seek refuge in Bangladesh. Most refugees are children and women. 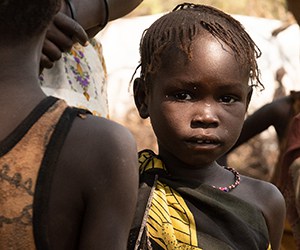 South Sudan: Violence and unsafe living conditions have led more than 2 million people to become refugees. Uganda and Sudan host over 800,000 refugees from South Sudan. This is the largest refugee crisis in Africa, and 63% of refugees are children. 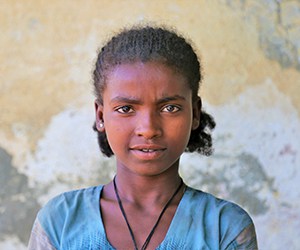 Ethiopia: Due to conflict between the Ethiopian government and rebel forces in the Tigray region, 45,449 people have fled into Sudan. And 2 million people are internally displaced. 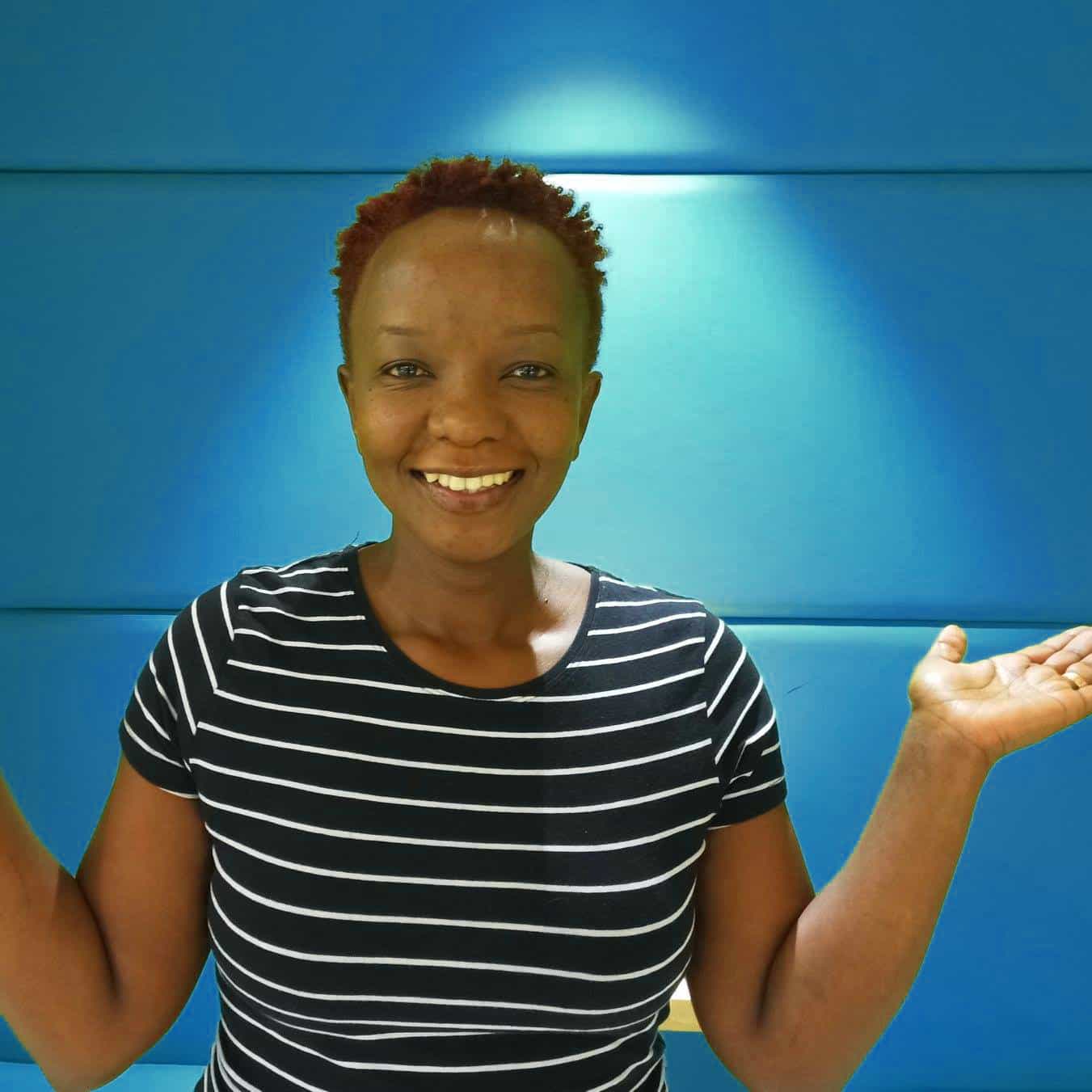