From bully to ally: The boy fighting period stigma

A few years ago, 13-year-old Cephas had strong opinions about periods.

Today, he still does — those opinions are just completely different now.

So, what changed? Well, it all started with a simple conversation. 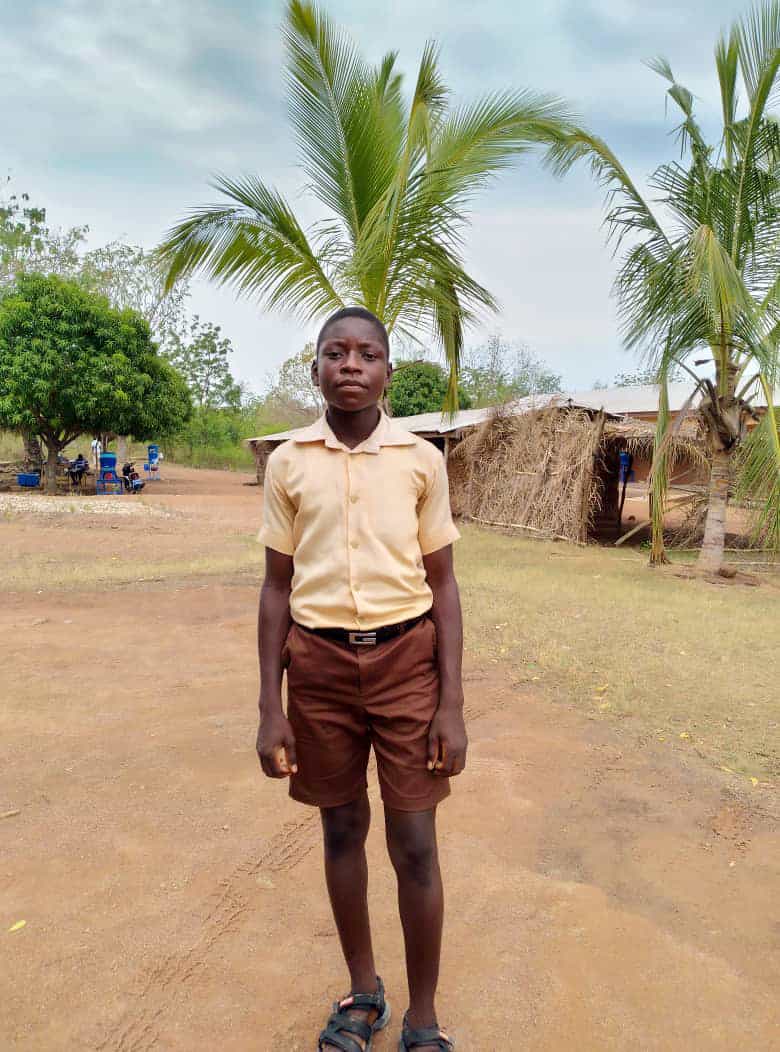 Growing up in rural Ghana, Cephas had always been told that girls who had their period were dirty. He had no reason to question that, so he accepted that it was true.

“In this community, there is a myth around periods, and it is noticeable in the way women and girls are treated,” Cephas explains. “When girls have their periods, they are separated from their families and treated as outcasts. Girls are not allowed to cook for the family or touch anything belonging to the family during their periods because they are unclean.”

Because of the shame and stigma girls endure, many miss school while they’re menstruating. Some drop out altogether when their period starts. In many places, girls and women face unbearable discrimination and mistreatment every month.

There was a time not that long ago when Cephas and his friends were part of the problem. At school, they couldn’t tell which girls had their periods, so they came up with a simple solution — they shunned all the girls in their class, all of the time.

Then, two years ago Plan Ghana set up a health club at Cephas’s school. At first, most boys refused to participate, but somehow a classmate convinced Cephas to go to a meeting with him. Little did Cephas know that decision would change everything.

One meeting led to another and another one after that. Slowly, Cephas started to question the superstitions he’d always believed about periods. He began to see that these myths were not only harmful but completely false. The more he learned, the more he wanted things to change. So, he decided to do something about it, starting at home.

Cephas says that his biggest achievement to date has been changing his father’s mindset. “After learning so much from the health club, I feel bad about how I have treated my sisters. My sisters can now sleep in the house during their periods. My father has come to realize that no evil can befall his household with them being a part of the family when they are menstruating.”

But he’s not stopping there — Cephas is spearheading a campaign challenging negative attitudes around menstruation in his community. “It is my dream to see boys and men embracing the thought that menstruation is a natural occurrence in the lives of women and girls and not to be seen as unclean.”

At a young age, Cephas already understands a simple fact that too many refuse to accept: Periods are completely normal. Period stigma, however, is not.

That’s why Plan International recently partnered with Always on a new report called “It’s Time to Talk” which sheds light on the status of menstrual health in the U.S. The findings show that nearly two-thirds of young women report feeling ashamed or embarrassed by their periods. Nearly three out of four young women believe boys and men need to be involved in the conversation, reconfirming that everyone has a role to play in challenging period stigma. As Cephas discovered, it’s up to all of us to be part of the solution.

This spring, we’re shining a light on the stigma felt by many with a campaign called It’s Normal, Period. Running through Menstrual Hygiene Day on May 28, the campaign is creating a space for people to share their period stories, and promoting conversations around period health. Because when we openly discuss periods, we can start to talk about the period-related barriers that are getting in the way of gender equality. And we can help infuse a generation of young people with the extra confidence they need to transform the world for the better!

If you have a period, or if you’ve encountered period stigma before, we want to hear from you! For every story shared, Always will donate a pack of period products to those in need across the U.S.