Here are 13 podcasts (or individual episodes) related to gender equality and women’s rights. Listen and be inspired by these important conversations. Most of these podcasts are available on Spotify, Apple Podcasts and other major platforms.

1.“How Gender Equality Can Save The Planet” (episode of “A Matter of Degrees”)

Did you know that women rarely have equal representation in important climate-related decisions? In this episode, you can dive into the data and learn directly from a few experts on how gender inequality in climate leadership is making the crisis even worse.

The Taliban takeover changed women’s lives in Afghanistan. In this episode of “The Daily,” a New York Times podcast, you can listen to a personal, moving interview with an 18-year-old woman called N (her identity has been hidden to protect her safety). Warning: This episode describes violence and a suicide attempt.

3.“A woman’s place is at the polls” (episode of “Today, Explained”)

August 202o was the 100th anniversary of women’s right to vote in the U.S. But even today, the fight for universal suffrage continues. To commemorate the anniversary, the podcast team at “Today, Explained” took a look at ongoing issues around inequality and voting rights.

This daily BBC podcast tackles current events and important global news with a gender perspective. Topics range from politics, to health, to entertainment, to celebrity interviews, to everything in between.

The first season of this investigatory podcast from Bloomberg focused on the question: Why do women still make less money than men? In the U.S., the average woman makes about 80 cents for every dollar a man makes. This podcast looks at how the pay gap impacts real women and what they’re doing to fight back.

This is a weekly Mashable podcast about women who are change-makers. In each episode, you’ll meet women who are having a positive impact on the world, and learn about the women of the past who inspired and paved the way for them.

7.“Power of the Streets”

Power of the Streets, from Human Rights Watch, is about speaking truth to power. You’ll hear interviews with young people who are driving Africa’s human rights movement. The second episode, for example, is about Lusungu, who grew up in Malawi seeing gender inequality all around her, and now is creating safe spaces for girls in her community.

8.“Why empowering men at home is good for gender equality” (episode of “TEDx SHORTS”)

For a quick one, check out this TEDx talk that’s less than seven minutes long. Economist Natacha Catalino makes the argument that a better work-life balance is possible when we rethink gendered responsibilities.

9.“The Gender at Work Podcast”

This podcast will connect you to feminist scholars, activists and development practitioners. Episode topics range from intergenerational conversations on equality, to dismantling the patriarchy, to toxic masculinity and more.

Sweden always ranks very high on global equality indexes. The first season of this podcast from The Local introduces you to 11 women who work in Stockholm, pursuing their professional dreams, with little to no disadvantage based on their gender. In the second season, you meet Stockholm’s experts on gender equality in the workplace and learn practical tips to making yours more inclusive.

Produced by Euronews, Cry Like a Boy is a documentary podcast focused on five African countries and how local communities there are creating change — with men defying stereotypes and promoting gender equality. For example, it highlights the story of Junior, a young gay man in Senegal who is struggling with expectations of masculinity.

Hosted by Dr. Alice Evans, a lecturer at King’s College London and an associate on Building State Capability at the Center for International Development at Harvard University, this podcast takes a look at global gender inequality issues and the history behind them. Episodes include topics like “Ten Thousand Years of Patriarchy” and “Why is Feminist Activism Thriving in Latin America?”

This is a podcast for policy and development enthusiasts. Brought to you by the academic journal “Gender & Development,” each episode dives into subjects like gender and health, feminist research and more. 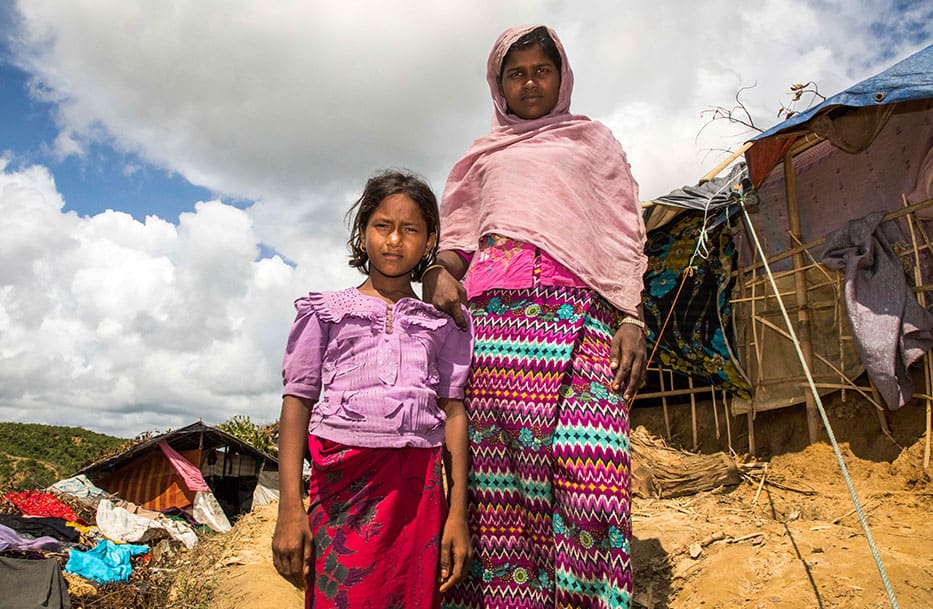 1 toilet for 100 people: Hear from the girls