Did you know? Fashion designers in Africa are changing more than styles

When you think of the fashion capitals of the world, what comes to mind? Milan, Paris, New York?

What about Lagos? Accra? Addis Ababa?

Africa’s fashion industry has been booming for years (it’s worth over $30 billion), but hasn’t gotten the international attention it deserves. The talent and creativity of African designers has been largely ignored in the global fashion industry, which has tended to be overwhelmingly rich and white. That seems to be changing now, slowly. There are efforts to expand the narrative and make it more inclusive, like the online Fashion and Race database set up in 2017.

The rest of the world is finally catching on to the innovative and fresh new work coming from African designers.

One of the fashion pioneers in Nigeria is Omoyemi Akerele. She launched Lagos Fashion Week ten years ago, and since then has used the event to support Nigerian designers (like Lisa Folawiyo and Emmy Kasbit) and boost the country’s textile industry. Akerele believes the fashion community has a role to play in activism — like when many designers spoke up during the protests against police brutality in Nigeria in 2020 — and that it can help bring about change in the country.

Adeju Thompson, a non-binary fashion designer in Nigeria, founded their brand Lagos Space Programme in order to show the world the power and potential in genderless African fashion and spark conversations about gender, queerness and indigenous knowledge.

In Ghana, fashion designers are reinterpreting traditions by using traditional fabrics to create modern looks. They’re also starting to change how the clothing market operates. Up-and-coming designer Chloe Asaam wants to show Ghanaians that they don’t have to rely on the secondhand market (which is massive in Africa, and can be problematic for local economies and the environment) and can instead invest in local creatives and brands.

At the 2019 International Festival of African Fashion in Niger, designer Alphadi used the runway to make a statement about child marriage. Young girls, dressed as brides, walked alongside older men — bringing attention to the fact that 1 in 4 girls in Niger is married before the age of 15.

There are many other big names in Africa’s fashion world, and beyond that, there are countless other small names — creative people sitting in shops across the continent, making a living and building futures for themselves and their families from behind a sewing machine.

Lorna is one of them. Growing up in a Maasai community in Kenya, she was told education didn’t matter for her like it did for her six brothers. Even though she loved school, she had to drop out when her father stopped paying her fees. And soon after that, she got married.

But her story doesn’t end there. Lorna enrolled in a Plan International training program on dressmaking, bought a sewing machine and set up her own shop. She’s now a proud business owner (and a high school graduate). 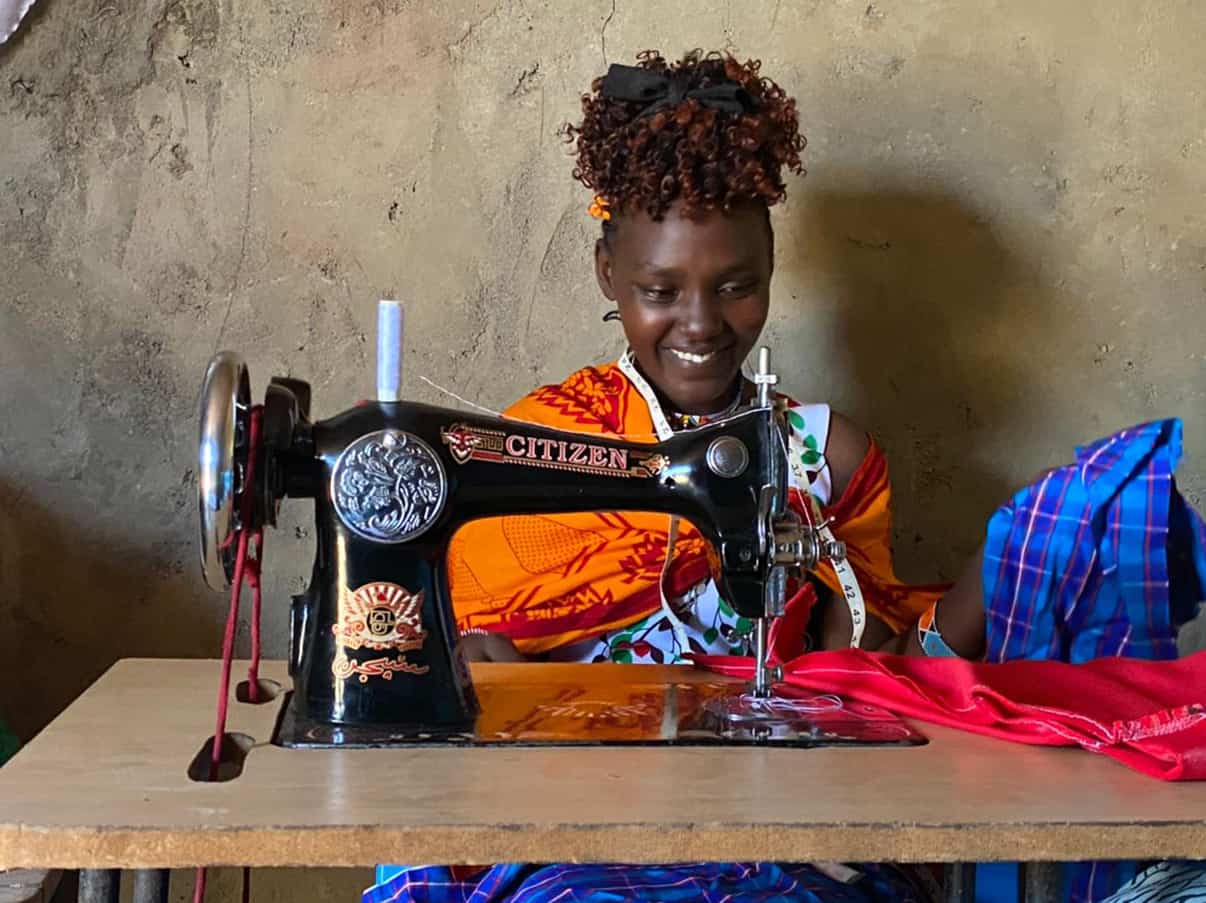 Meanwhile, far from the fashion runways in Lagos are the refugee camps in northeastern Nigeria. Like more than two million other people in this region, Hadizah had to flee her home because of violence. She now lives in an overcrowded camp with her husband and six children.

Hadizah always wanted to learn how to sew, and here in the camp where Plan works, she finally did. She also received a business startup kit with a sewing machine — and a new chapter in her life began. She now earns an income on her own, making and selling clothing to other families in the camp. The first thing she did with her money? Re-enrolled three of her children in school. 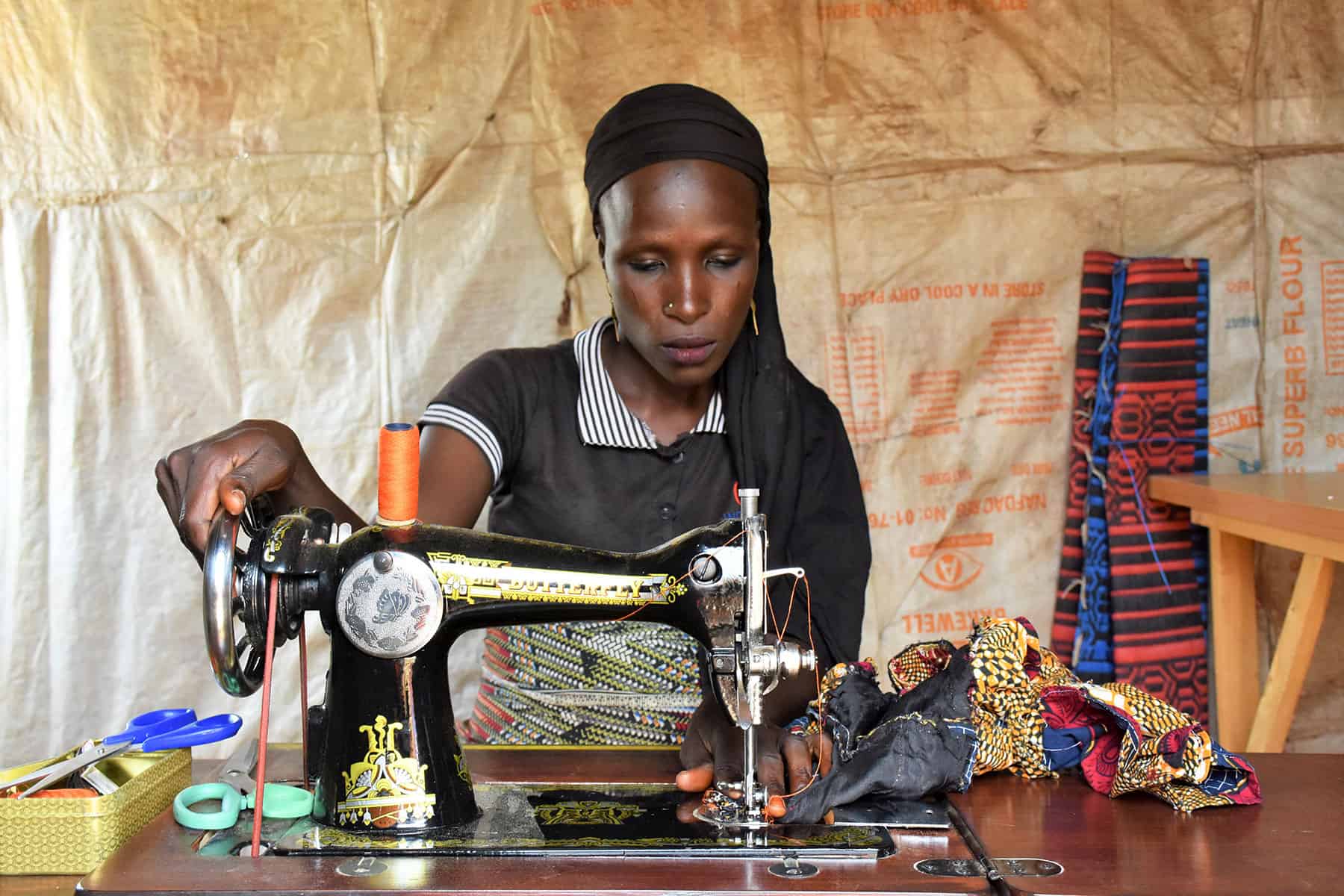 When Luc’s village in the Central African Republic was attacked, he was recruited by a militant group to become a child soldier. Now 17, he’s back with his family in a displacement camp, trying to put his life back together. Reintegrating into society can be difficult for former child soldiers, but Luc knew what he wanted to do. After attending a Plan vocational training program, he opened his own tailoring shop.

“I chose to learn sewing because I have dreamed of becoming a fashion designer ever since I was young,” Luc said. “It will allow me to save money to take care of myself and my family.” 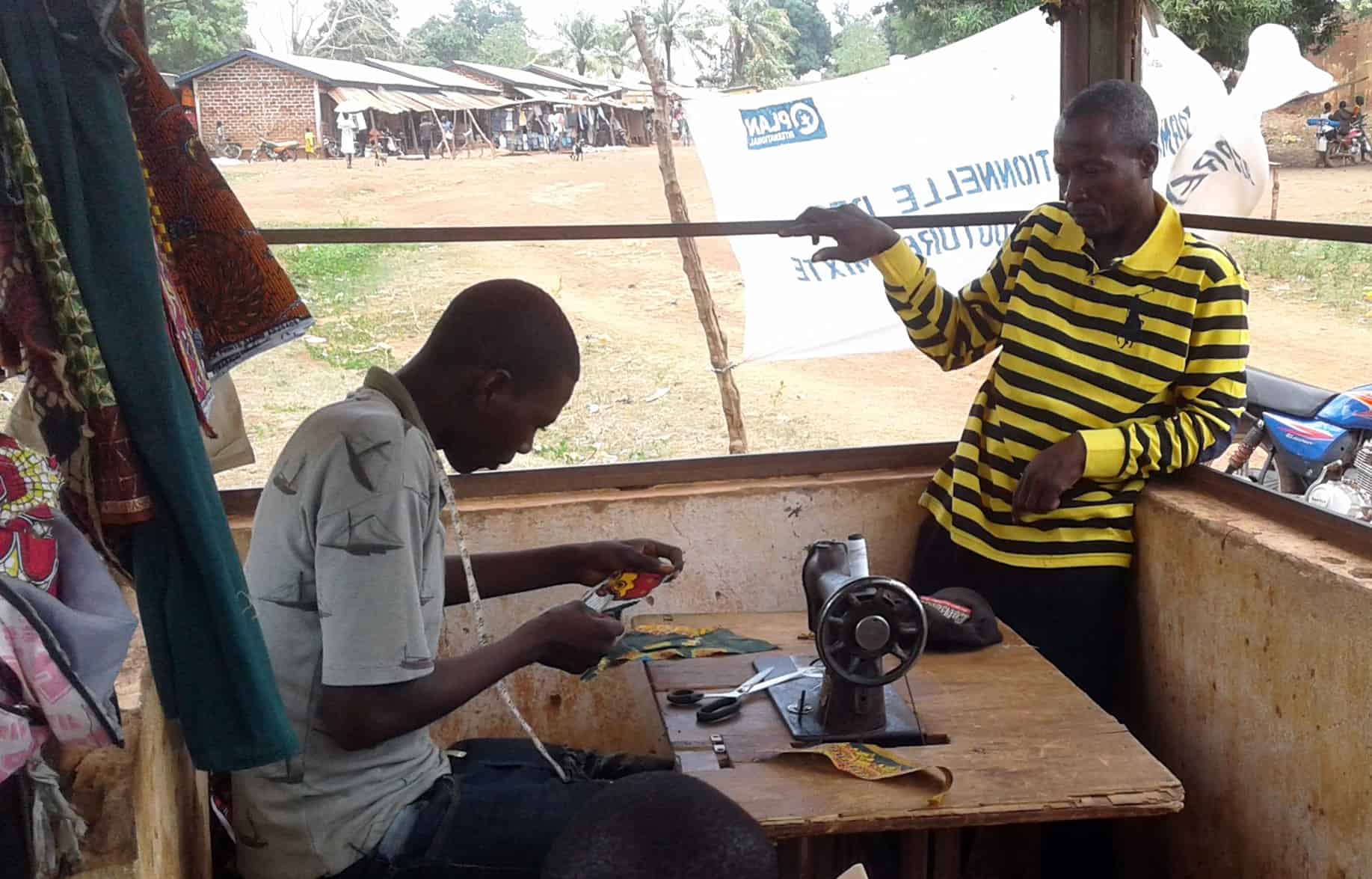 From runways in cities like Lagos and Cape Town to small shops in villages and refugee camps, African fashion designers are creating, innovating and advocating for change every day.

Luc’s name has been changed to protect his identity.